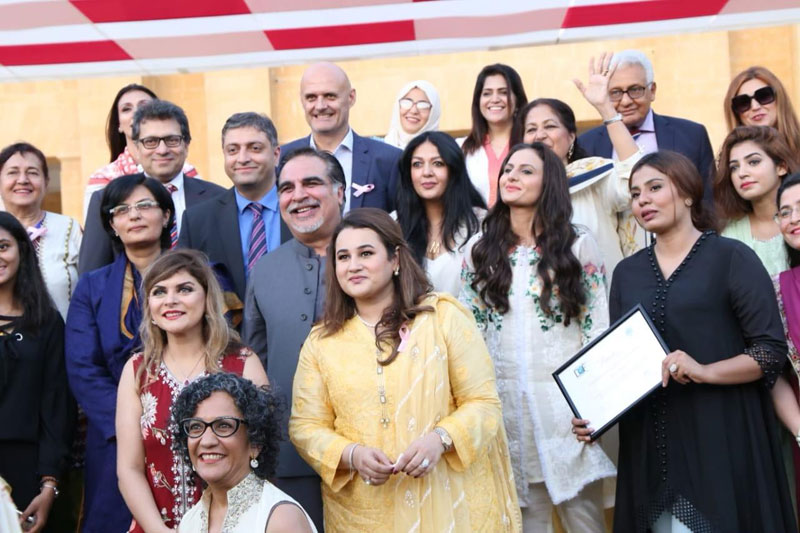 Dawood Global Foundation held the 11th Anniversary of the LADIESFUND® Women’s Awards for Pakistan 2019 at Sindh Governor’s House where over four hundred of the most dynamic and inspiring women in Pakistan gathered to celebrate the strength and empowerment of women, as well as acknowledge the great economic contribution of Pakistani women who are not only job creators but all finalists in Trailblazer and Momentum categories.

First Lady of Pakistan Samina Alvi sent a special message for the occasion. Sindh Governor Imran Ismail was the chief guest for the event and State Bank of Pakistan Governor Dr Reza Baqir was the guest of honour.

LADIESFUND President Tara Uzra Dawood welcomed the guests, including in her speech recognition of the support Pakistani men are showing women, “Not enough can be said about the exceptional men who are joining us today, in larger numbers than ever before, come out to celebrate and support the women in their lives and who are making our country world class. We not only are hosted this evening by the Honourable Governor of Sindh who will be joining us a little later, but once again the State Bank Governor is here in recognition of the important contribution of women entrepreneurs and professionals to the economy of Pakistan.”

LADIESFUND Lifetime Achievement Award winners, Ava Cowasjee & Dr Sania Nishtar graced the occasion. Cowasjee is well known in the shipping industry and for her philanthropy, while Dr. Nishtar is Special Advisor to the Prime Minister on poverty alleviation and flew in from Islamabad for the event. National Anthem was sung by pop single Jana Nazabeth and a special classical dance performance was by Anjaleen Maryam Agrawalla. Pomme Gohar compered.

Other pre-announced awards included Pakistani Hoor (Pioneer) – a beggar-turned-entrepreneur who is training other female beggars in her hometown of Makli to become entrepreneurs, Uzma Noorani (Angel) and craftpreneur Bushra Imran (Entrepreneur in the Spotlight). Dr Abida Sattar gave a short presentation on breast cancer awareness.

There was an introduction of Educate a girl by deserving scholars with special thanks on stage to French Consul General Didier Talpain and Fundraising Chair Nazneen Tariq Khan.