* With all other parties boycotting the upcoming block-level elections, BJP will likely face a walkover 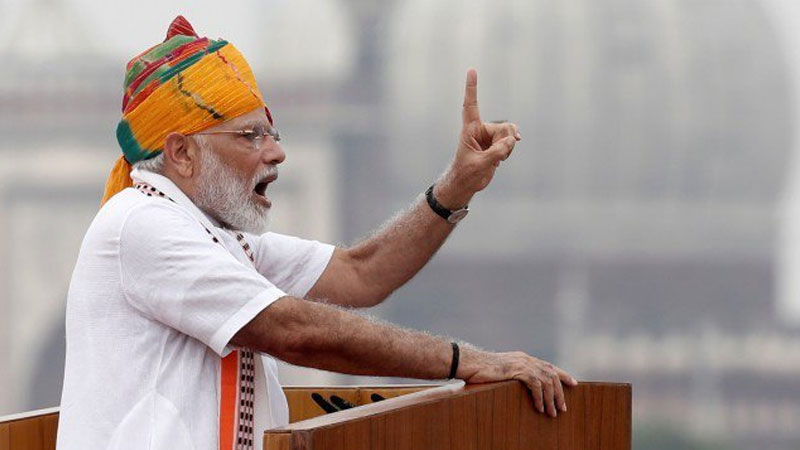 “You cannot go inside to meet the candidate,” said the policeman, guarding a nondescript hotel in Srinagar, where 160 village chiefs and the candidates for the first-ever election for block chairman are hiding with their families, according to a report published by Huffington Post.

“These people are in danger. They are at maximum risk. You will have to sit here and ask your questions. Do you understand?” the policeman said, as he rescued his phone from the children playing in a small enclosure outside the hotel.

“Salaam alekum,” the policeman said, as Afroza Akhtar, a village chief, or sarpanch, and one of the BJP’s candidates for the block-level election on 24 October entered with her daughters. “The fear that the fighters will kill us is inside me and my family every minute of every day. But it’s too late to leave the BJP. They will kill us anyway,” she said. “The only way forward for us is to stick with the party and see what happens.”

Afroza has been in hiding ever since she became the sarpanch – overseeing several villages in Kulgam district – following the village-level election in 2018, which was boycotted by most parties in Kashmir. She won unopposed from a seat reserved for women. Her husband, who was also supported by the BJP, was elected head of one village (panch).

If she was sick of leaving her husband and three children in a small hotel room in Srinagar, Afroza did not let on.

Laughing out loud, she said, “You see the wrinkles on my face, my puffy eyes, well, all that is from the fear that I’m living with”. Her daughters laughed too.

When asked if she would one day like to be a state lawmaker (MLA) or a Member of Parliament (MP), Afroza, who has studied till class five, declared, “Yes.”

The BJP is hard at work ahead of the block-level election in Jammu and Kashmir in which village chiefs will vote to elect a block chairman. This electoral exercise is being forced by the Narendra Modi government despite the imposing a form of collective incarceration on the people of Kashmir.

The internet and mobile phone services have now been suspended for over 60 days, thousands including political workers, lawyers, businessmen, ordinary civilians and even children have been arrested, and thousands of troops have been deployed across the region. Postpaid mobile telephones, however, have been restored in Kashmir from Monday. But now there will be elections, which are expected to stand-in for democracy.

The leaders of the two regional parties, the People’s Democratic Party (PDP) and the National Conference (NC), remain under house arrest in Kashmir. All parties have stated they will boycott the election, with the exception of the BJP, which is fielding at least 70 candidates and backing 60 independents in the 137 seats in Kashmir in the upcoming block election.

The vast majority of Kashmiris said they don’t care for the electoral exercise being forced on them, which matters little to the Narendra Modi government focused on increasing the BJP’s ‘grassroots’ presence in the Muslim-majority valley.

“Step-by-step,” is how Arif Raja, the BJP district president of Srinagar, described his party’s expansion in Kashmir, referring to the panchayat election in 2018, the upcoming block election, and the district development chairman in the near future.

That Raja became a corporator after receiving all of 37 of 45 votes polled in the Nawakadal ward in downtown Srinagar in the municipal corporation election last year, is a minor blip in the grand scheme of expansion. The total voter turnout in Srinagar was 2.3% – the lowest ever – that year. “Today, it is 45. Tomorrow it could be 200. BJP is growing in Kashmir, he said. “There will come a day when Jammu and Kashmir will be a state once again, and its chief minister will be from the BJP.”

By organising two panchayat elections in 2014 and 2018, and now a block-level election, local leaders believe the Modi government is systemically trying to reduce the powers of the MLAs (Member of Legislative Assembly) in J&K.

Altaf Thakur, the BJP’s spokesperson in Kashmir, said the Modi government had ’empowered’ the village chiefs by granting development budgets of between Rs 22 to 30 lakh – depending on number of villages under them.

Afroza said that she has over Rs 20 lakh since she became a sarpanch, and she went once or twice a week to have meetings and oversee development works in Kulgam. “I risk my life every time I go, but the government does not provide any security,” she said.

Nizar Bhat, a sarpanch from Pulwama district, whose wife is contesting the upcoming block chairman election, was among the village chiefs who met with Amit Shah in New Delhi soon after the state’s special status was revoked.

Shah, Bhat said, told them the block chairman would get a car, security and the powers of a block development officer.

Bhat, who has also been in hiding for 10 months, said, “We are tired of being scared. We are tired of hiding, but we cannot get out now. Things may improve with this new position.” “Where should we put them,” a bearded man asked loudly, as he entered the BJP office with two other men carrying pamphlets.

Even as the rest of the party offices remain shuttered in Kashmir, the BJP office is buzzing with activity. Raja recalled there being just “five or six BJP people in Kashmir,” when he joined the party in 2002. “People used to point to us and say, ‘Look they have become Hindus,'” he said.

Two decades on, Raja claims that BJP has offices in 10 districts of Kashmir, with more than four lakh workers. An estimated 1,80,000 people, he said, signed up to join the party between January to August, this year. “There are over 1,000 officer bearers who will come and stand here with one phone call. Please note these are office bearers like district presidents, general secretaries, and all. I’m not even talking about the seven morchas,” he said, referring to the Mahila Morcha, the Minority Morcha, the Kisan Morcha, the SC/ST Morcha, among others. The BJP fielded 67 candidates for the 74 ward municipal election in 2018. Nine, including five from Srinagar, won for the first time.

Just how removed Kashmiris are from electoral process can be gauged from the number of votes cast for BJP’s five winning candidates.

On Saturday, Ashwani Kumar Chrungoo, BJP state spokesperson on Kashmir Affairs, told HuffPost India that nine of its candidates for the upcoming block-election had already been elected unopposed. “I have survived multiple attacks by militants,” said Javed Ahmed Qadri, the BJP’s district president of Shopian. “I spent the last three days inside the thana for my own protection.” “I joined BJP in 2014 after looking at Modi ji – Modi ji’s work, Modi ji’s way of talking, Modi ji’s way of walking, and Modi ji’s imandaari. We are crazy about Modi,” said Qadri.

Qadri said the BJP would win at least seven of the nine wards in the upcoming block-level election. While the NC and PDP were fielding “proxy” candidates in two wards, Qadri said the seven others were filled with BJP-backed village chiefs.

Raja turned to this reporter and repeated, “Step-by-step.”