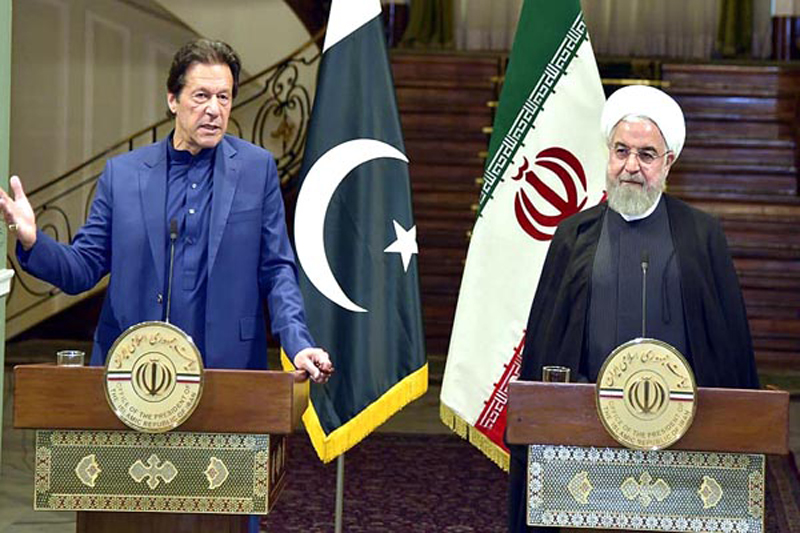 TEHRAN: Prime Minister Imran Khan Sunday reiterated that Pakistan was ready to act as a facilitator between the brotherly Muslims countries Iran and Saudi Arabia to sort out their differences through dialogue.

Addressing a joint press stakeout along with Iranian President Hassan Rouhani, the prime minister said in the past, Pakistan had hosted Saudi Arabia and Iran and again willing to facilitate the brotherly countries to iron out their differences.

“The issue is complex one but it is possible to sort out differences through dialogue,” he emphasised.

The prime minister also explained that his trip to Iran would be followed by a visit to Saudi Arabia on Tuesday which was solely ‘Pakistan’s initiative’ as they were not asked by anyone to undertake such trip.

He also made it clear that Pakistan’s role would be a facilitator and not a mediator.

He stressed that it was imperative for everyone not to allow any conflict to take place in the region as he viewed certain vested interests which wanted to flare up the tensions in the region.

The prime minister terming his consultations with the Iranian president as very encouraging said that he would go to Saudi Arabia with a positive mind.