* PM makes it clear that Islamabad doesn't want to be a mediator between two Muslim countries, urges them to iron out differences through talks
* Says certain elements with vested interests want to flare up tensions in the region
* Assures Iranian leadership that Islamabad will make efforts to facilitate US-Iran dialogue 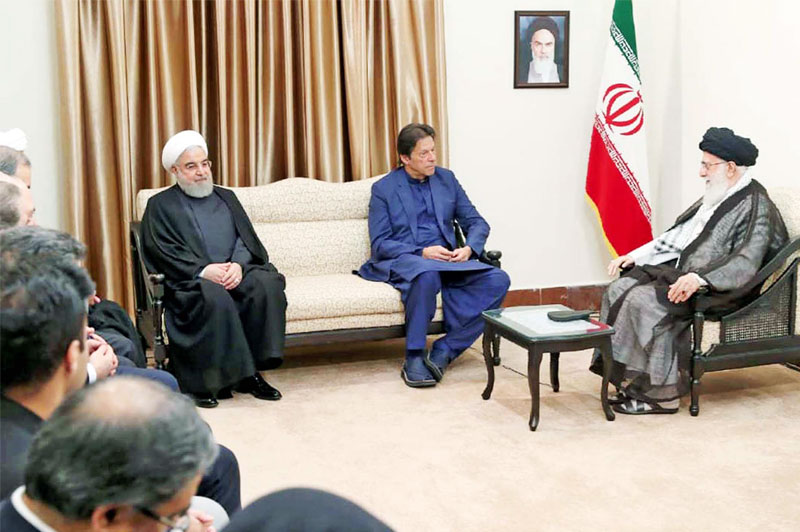 Prime Minister Imran Khan Sunday reiterated that Pakistan was ready to act as facilitator between the brotherly Muslims countries Iran and Saudi Arabia to sort out their differences through dialogue.

Addressing a joint press stakeout along with Iranian President Hassan Rouhani, the prime minister said in the past, Pakistan had hosted Saudi Arabia and Iran and was again willing to facilitate the brotherly countries to iron out their differences.

“The issue is complex one but it is possible to sort out differences through dialogue,” he emphasised. The prime minister also explained that his trip to Iran would be followed with a visit to Saudi Arabia on Tuesday which was solely ‘Pakistan’s initiative’, as Islamabad were not asked by anyone to undertake such a trip.

He also made it clear that Pakistan’s role would be that of a facilitator and not a mediator. He stressed that it was imperative for everyone not to allow any conflict to take place in the region, and added that certain elements with vested interests wanted to flare up the tensions in the region. The prime minister, terming his consultations with the Iranian president as very encouraging, said that he would go to Saudi Arabia with a positive mind.

He said Pakistan had deep-rooted bilateral brotherly ties with Iran, and Saudi Arabia was Pakistan’s closest friend as it had always helped them when they were in need. So far these reasons, he said, nobody wanted a conflict between Iran and Saudi Arabia.

The prime minister said a conflict between the two countries would not just affect the whole region but also the developing countries, as it would increase poverty in the world as the cost of oil would shoot up and purchase of expensive oil could lead to further spending.

He said all the developing countries had the same point of views, only those with vested interests wanted this conflict to take place. The prime minister further said that during his visit to New York, US President Donald Trump spoke to him and asked him to facilitate dialogue with Iran.

Expressing his resolve, the prime minister assured the Iranian leadership that Islamabad would do whatever it could to facilitate US-Iran dialogue, so that the sanctions could be lifted and an agreement over the nuclear deal be signed. Prime Minister Khan, who along with his delegation had earlier arrived on a daylong visit, also held wide-ranging consultations with Iranian President Hassan Rouhani.

The prime minister further said in his joint press stakeout that the main reason for his visit was to avert any conflict in this region. Pakistan had suffered 70,000 casualties in the war on terror, while Afghanistan and Syria were still reeling from the conflicts, he said. “They do not want another conflict in this region,” he said.

The prime minister also thanked the government of Iran for supporting people of Indian-held Kashmir (IHK). About eight million people in IHK had been put under unrelenting curfew for more than two months, he said. “It is the biggest humanitarian crisis unfolding in the region,” he added.

About his meeting in Tehran, the prime minister said he discussed bilateral ties, trade and host of other issues of mutual interests and the ways to help each other. He noted that Pakistan enjoyed strong ties with Iran and they still remembered how Iran stood with Pakistan in 1965 while facing hostilities.

The president welcomed the goodwill gesture by Pakistan and said his country was ready to assist Islamabad in its efforts for peace and stability in the region. Appreciating the prime minister’s initiative, he said his visit would have benefits, adding they discussed a variety of issues significant for the region and the whole globe. 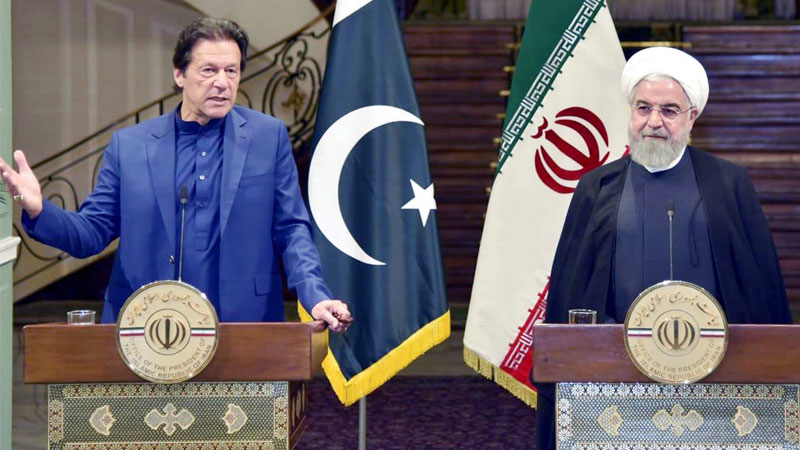 He said they had discussed the recent developments in the Gulf and emphasised on strengthening of peace and stability in the region.

Rouhani noted that emphasis on termination of war in Yemen and humanitarian aid to the people of Yemen would bring peace and stability in the region, adding the issue could be resolved through political dialogue.

The Iranian president also decried the pressing sanctions of US and demanded the US to return to the Joint Comprehensive Plan of Action (JCPOA), also known as the Iran nuclear deal, so that it could be implemented. He also demanded immediate lifting of the US sanctions. In May last year, President Trump had announced US’ withdrawal from the JCPOA followed by imposition of sanctions.

Separately, Imran Khan said that the Muslim Umma was faced with numerous challenges, both from internally as well as from the outside; therefore it was important to articulate a message of unity and solidarity among the Muslim nations.

The prime minister said this in a meeting with Supreme Leader of Iran Ayatollah Seyyed Ali Khamenei in Tehran during his visit to the neighbouring country as a part of his initiative to promote peace and security in the region, a PM’s Office statement said.

Foreign Minister Shah Mahmood Qureshi and Special Assistant to PM Syed Zulfiqar Bukhari were also present during the meeting. The prime minister thanked the supreme leader for his support to the people of IHK for their right to self-determination.