ECP sends show-cause notices to Bilawal, others over Larkana rally 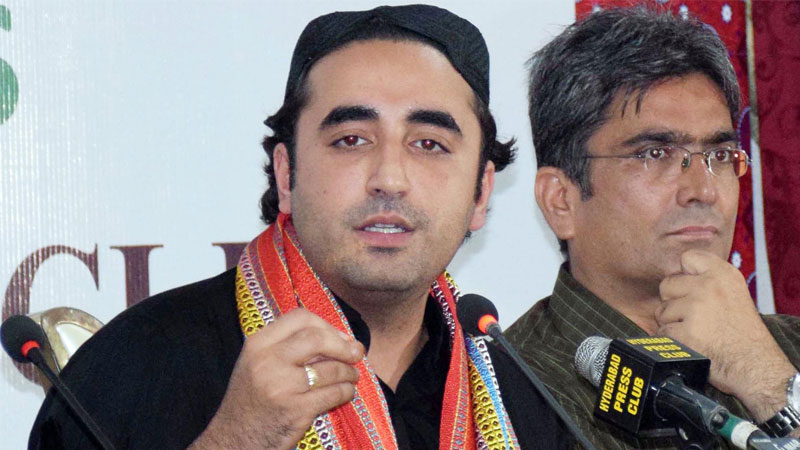 The Election Commission of Pakistan sent show-cause notices to Pakistan People’s Party Chairman Bilawal Bhutto Zardari and others politicians of the party for violating the Commission’s Code of Conduct in its Larkana rally.

The Para 17 of the ECP’s Code of Conduct states that no member of parliament can visit a constituency where by-elections are scheduled after the dates for the election have been notified.

Bilawal Bhutto Zardari visited Larkana on Saturday to spearhead the election campaign of his party’s candidate, Jamil Soomro, in the by-polls in the Sindh Assembly constituency PS-11. The polls are scheduled to be held on Oct 17.

A complaint was received against Bilawal and others by a contesting candidate. The PPP leaders were sent notices for running the election campaign for their party’s nominee in the constituency.

The ECP has directed the PPP chairman to “explain [his] position” within a day and warned that failure to do so will result in disciplinary action. “Being a member of the National Assembly, you were fully aware about the announcement of schedule of by-election,” the notification read.

The notices were also issued to PPP leaders, who visited Larkana as well.

Eleven candidates have been in the field for the by-election in PS-11 scheduled to be held on October 17.

Senator Mustafa Nawaz Khokhar in a statement on Sunday said that the ECP cannot restore its lost credibility by such actions. He said that the ECP has yet to answer questions about the rigged elections in 2018. What is the logic behind the fact that army could be inside and outside polling stations but MNA could not go to his constituency, he asked.