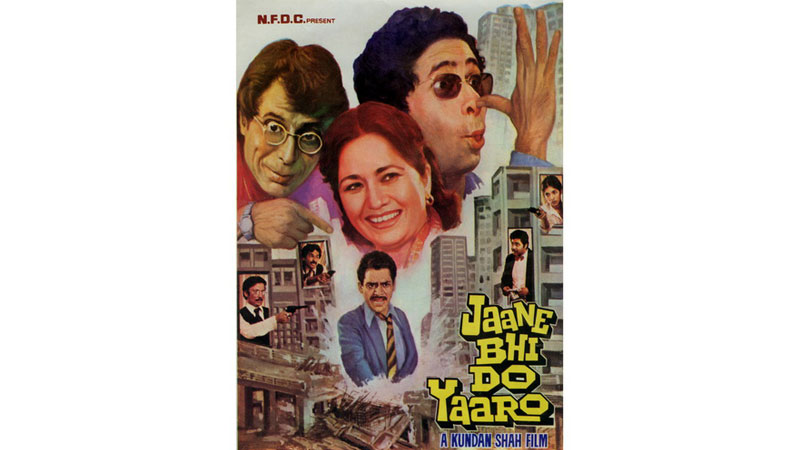 Trust Naseeruddin Shah to go against the tide even if it moves in his favour. While Indian cinema and its audience continue to celebrate his 1983 comedy film, Jaane Bhi Do Yaaro, the actor maintains he never found it funny while they were making it.

For Shah, not even the film’s climax scene – the Mahabharata sequence – which remains iconic even after three decades, has any greatness to it.

“I never thought it would get completed. I didn’t find it funny while we were making it. I didn’t find anything funny. When I read the script, I did. But while performing, no. That possibly worked for the film because if you find yourself funny the audience is not going to find it funny. You will be laughing at your own joke,” he said during a session at the India Film.

For Shah, not even the film’s climax scene — the Mahabharata sequence — which remains iconic even after three decades, has any greatness to it

The Padma Bhushan recipient also said he never thought the ensemble cast film would go on to become a classic.

“… But we rehearsed a great deal because Kundan also felt the need for that. For at least 15 days the actors assembled and we would read the script. A lot of people believed the film was mostly ad-libbed but it wasn’t. It was all written.

“The only person who ad-libbed and who is very good at it is Satish Shah. I am not good at it so I didn’t try. Ravi Baswani and I got along really well and we had been friends for a very long time so, it was very easy working with him…,” Shah said. The session was moderated by actor-director Anand Tiwari.