France, Germany halting arms exports to Turkey over its offensive against Kurds in Syria Previous 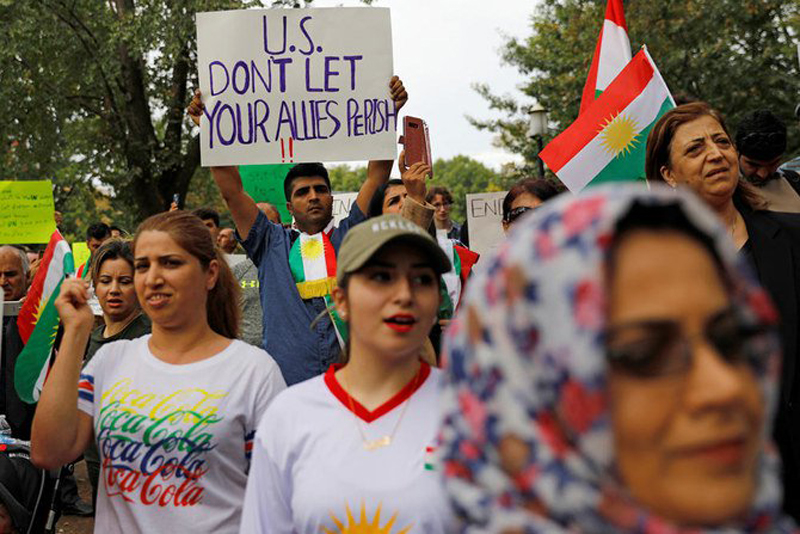 AKCAKALE: France and Germany on Saturday said they were halting exports of any arms to Turkey that could be used in its offensive against Kurds in Syria.

France also wants an immediate meeting of the US-led coalition against Daesh extremists, of which Syrian Kurds were among the key players.
France’s defense and foreign ministries made the announcement in a statement reiterating opposition to the Turkish military operation, which is facing growing international condemnation.

Earlier on Saturday, the League of Arab states urged the UN Security Council to suspend military and intelligence support that could help Turkey’s offensive.

In a communique, the League said it rejected Turkey’s attempts to impose “demographic changes” in Syria by a so-called “safe zone.”
France, in a statement, said it will push for a “Europe-wide approach” toward suspended arms sales at an EU foreign ministers’ meeting on Monday.

France wants a meeting of the anti-Daesh coalition to discuss its next steps in the context of the Turkish actions.
Germany also announced on Saturday it was curtailing arms exports to Turkey.

Heiko Maas told weekly Bild am Sonntag that, “against the background of the Turkish military offensive in northeastern Syria, the government will not issue any new permissions for any weapons that can be used by Turkey in Syria.”
Maas’ remarks came as thousands of Kurdish immigrants rallied against the Turkish military offensive in cities across Germany. Germany is home to one of the biggest Kurdish communities in Europe.

Austria, Switzerland and Greece also saw Kurdish demonstrations against Turkey’s offensive in Syria.
About 1,000 Kurds and a contingent of left-wing activists have protested in the northern city of Thessaloniki, Greece’s second largest, against the Turkish military offensive in northern Syria.

The protesters carried banners, including one saying, “Where is the UN?” and burned pictures of Turkish president Recep Tayyip Erdogan. They repeated the photo burning and slogans outside the Turkish consulate. Both premises were guarded by police forces.

In the capital Athens, police said close to 2,000 Kurds and other activists marched to the Turkish Embassy in the city center but police prevented them from getting too close. They dispersed after a peaceful protest. A small contingent of 150 protesters also marched to the US Embassy.