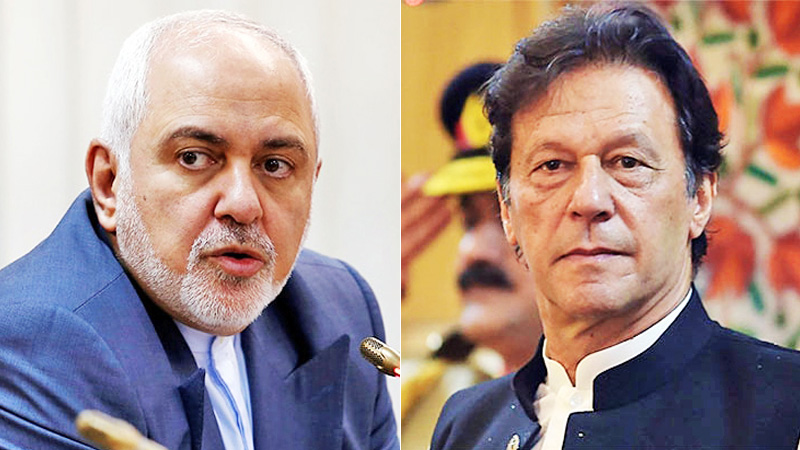 Iran is prepared to hold talks with regional rival Saudi Arabia, with or without the help of a mediator, the Iranian Foreign Ministry said on Saturday, ahead of a visit by Prime Minister Imran Khan.

Asked about reports that Prime Minister Imran, due to arrive in Iran at the weekend, may try to mediate between Tehran and Riyadh, Foreign Ministry spokesman Abbas Mousavi said, “I am not aware of any mediation.” “Iran has announced that, with or without a mediator, it is always ready to hold talk with its neighbours, including Saudi Arabia, to get rid of any misunderstandings,” he added.

Iran’s foreign minister signalled this week that his country will be willing to discuss regional issues with Saudi Arabia, but that Riyadh had to stop ‘killing people’. Javad Zarif also welcomed efforts for mediation with Saudi Arabia ahead of Prime Minister Imran Khan’s visit to the country. “We’ve always been open to discussing anything with Saudi Arabia. Saudi Arabia is our neighbor. We’re going to be here together permanently,” Zarif said in an interview with TRT World. “We don’t have any choice but to talk to each other, and we have been open to talking to Saudi Arabia either directly or through intermediaries,” he noted.

Prime Minister Imran Khan is set to visit Iran on Sunday as part of his initiative to promote peace and security in the region. During the visit, the prime minister will meet with the Iranian leadership, including Supreme Leader Ayatollah Sayyed Ali Khamenei and President Dr Hassan Rouhani, a PM Office statement said. Besides the issues relating to peace and security in the Gulf, bilateral matters and important regional developments will be discussed during the meetings.

This will be the prime minister’s second visit to Iran this year. The prime minister also had a bilateral meeting with the Iranian president on the sidelines of the 74th UN General Assembly session in New York last month.

Reports said the groundwork for the prime minister’s mediation tour was laid during an unannounced visit of a top government official to Iran and Saudi Arabia in the last week of September. During his visit to both the capitals, the official held talks with senior Iranian and Saudi authorities to help defuse tensions. There is no official confirmation of the secret visit, but it is believed to have covered some ground, encouraging Prime Minister Imran to travel to both the countries.