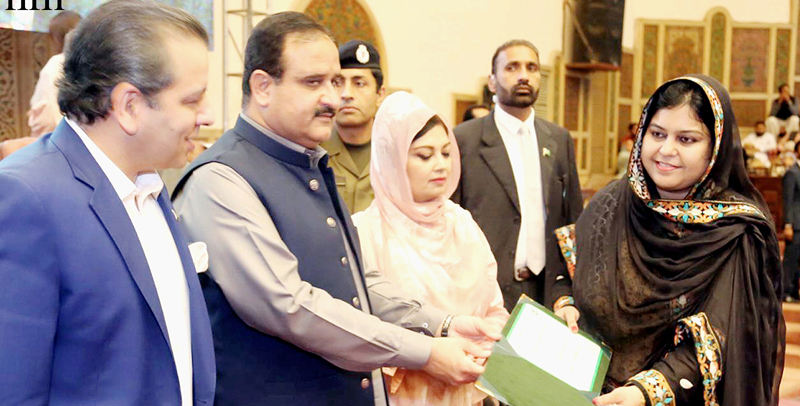 Punjab Chief Minister Usman Buzdar Saturday said that six general and four technical universities will be established in the province in a span of one year.

Addressing a ceremony in Lahore, he said for the first time in the history of province, 20,000 teachers were transferred on the basis of merit. He added that they have declared 2019 as a year of teachers.

Speaking on provision of education in Punjab, the chief minister said that around 2,500 new schools will be constructed in Punjab. “The schools will have proper computer and science labs along with libraries. Besides that, 25,000 new classrooms will be established in 143 districts. Around 10,800 schools in southern Punjab will be shifted to solar system,” he said.

The chief minister said around 250,000 kids are unable to go to schools only in Lahore. “We have planned to establish 100 afternoon and 10 mobile schools in the city,” he said.

The chief minister said board exams of grade 5 have been discontinued and Urdu has been introduced as medium of instruction in all public schools. “Teachers play a pertinent role in shaping students’ future. Students in government schools are given free books of worth 4 billion every year. Teachers in elementary colleges are being trained. Aim of our government is to provide maximum ease and facilities to people,” he said, adding, “All vacant positions will soon be filled along with reserved quota for disabled and minorities.”