Landing in the country he planned to pass through 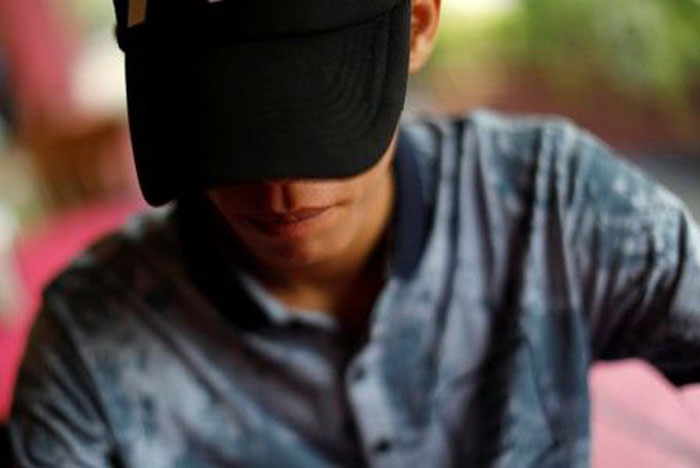 Over breakfast on a recent Sunday, Veronica Ruiz Lagier, a Mexican anthropologist, eyed a scar snaking around the elbow of Daniel Castillo, a young Honduran she has befriended.

They have known each other long enough to form a bond – but not so long that Castillo has shared all that happened to him before he fled his country last October.

His intended destination had been the United States, Mexico a mere thoroughfare. But, for now, Mexico City has become his home, and Ruiz, he said with a slight smile, his “adopted” mother.

Castillo, 20, told Reuters he left after local gang members shot him in the leg. He became convinced he was marked for death by the gunmen stalking him at school and on his way home. “I always felt like the whole world was against me, like death was coming for me,” he said.

It seemed everyone was in a gang – even his own father, said Castillo, who spoke on condition that only part of his name be used, saying he feared gang retaliation. He joined the October caravan in southern Mexico intending to seek asylum in the United States, where he said he hoped to find safety as well as work to help support his family back home. But just south of the U.S. border, in the state of Sonora, a bus he boarded with other migrants flipped over. He was in the hospital for a week with a fractured skull. Ruiz was working with volunteers seeking to support Central American migrants when she received a call from a friend: “There’s a young boy with a broken head,” she recalled the man saying.

Ruiz chipped in to cover some of Castillo’s medical expenses. Castillo sought to thank her and, corresponding across the miles, their friendship deepened. Eventually he was calling or writing almost daily from the border, reporting what he had found to eat or where he would spend the night.

In December, Ruiz, 46, persuaded Castillo to turn back and move to Mexico City. Now he lives with two Honduran youths in an apartment Ruiz helped them rent, with contributions from a group of mothers she met at her four-year-old daughter’s preschool. “The time in Mexico is helping me a lot,” said Castillo, who is slim with wavy brown hair and a gap-toothed grin.

The moms had banded together before to support victims of a powerful 2017 earthquake in Mexico. Then last year, Ruiz, who frequently travels to southern Mexico for her research on Guatemalan refugees, noticed the growing stream of families marching north.

“I began to speak with the mothers in the preschool: We have to do something to help,” Ruiz said.

In his first weeks in the capital, Ruiz recalled, Castillo would get into minor altercations on the metro, responding with the defensive instincts he needed for survival in Honduras.