A common road toward different fates 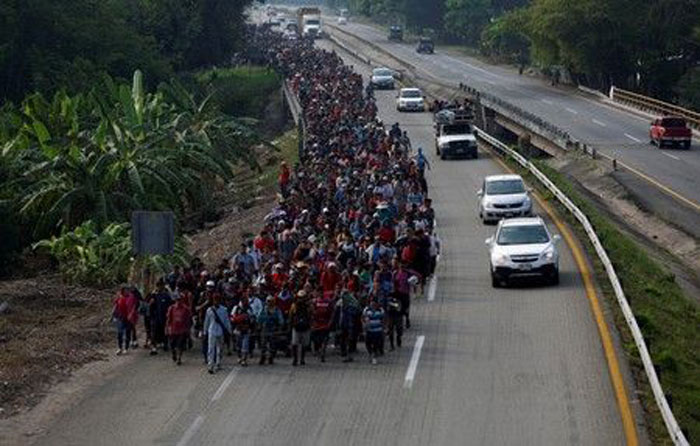 The images were dramatic: Central American migrants moving northward en masse through Mexico – men, women and children walking up to 30 miles a day, some hitching rides or catching freight trains. The caravans of 2018 and early 2019 were not the first of their kind – but they were, all told, the largest and most visible, gaining attention and size partly because U.S. President Donald Trump repeatedly warned of their approach. The first major wave started small in spring 2018, in southern Mexico, as migrants on separate journeys gradually coalesced, seeking safety in numbers and guidance from a nonprofit group on the route. Within days, hundreds became more than a thousand. Filthy, dehydrated and exhausted, they arrived in Oaxaca state, spilling into a tiny town square where they paused to rest. Only a fraction of them that spring made it the rest of the way. A couple hundred migrants crossed the border near Tijuana to seek asylum. But the appeal of caravans grew as word spread about them through Central American neighborhoods, social media and WhatsApp. In October, a group formed in Honduras ballooned to 7,000 or more by the time it reached southern Mexico, its numbers boosted by TV coverage.