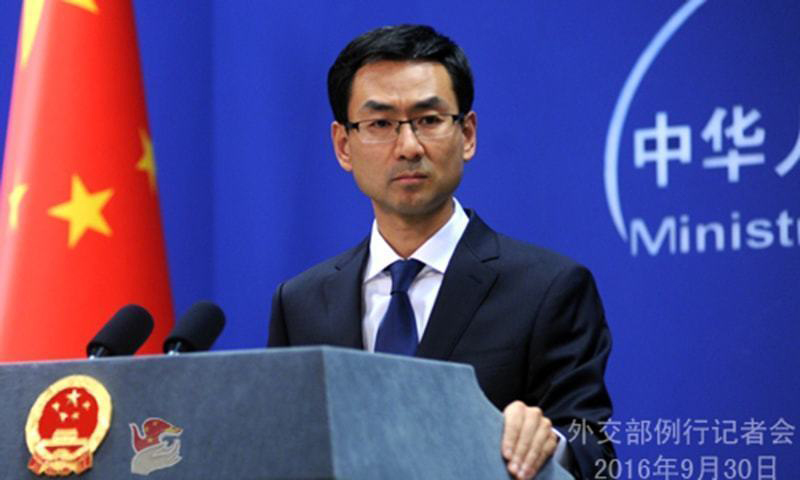 China said on Thursday that Syria’s sovereignty and territorial integrity “must be respected” after Turkish forces launched a military operation into Kurdish-controlled areas in the country’s northeast.

Turkey’s President Recep Tayyip Erdogan confirmed on Wednesday a bombardment on the region that sent thousands of civilians fleeing their homes.

The assault followed US President Donald Trump’s announcement of a military pullback from the Turkey-Syria border — a decision that prompted fury from US lawmakers, who warned withdrawing US troops could reverse gains against the militant Islamic State group.

Erdogan links the Kurdish fighters to separatist militants at home and brands them “terrorists,” with US troops effectively serving as a buffer in the region before the announcement of their withdrawal.

“We have noticed that all parties are generally worried about the possible consequences of Turkey’s military operation, and urged Turkey to exercise restraint,” Geng said.

The international community should work together to create conditions for a political settlement of the Syrian issue and “avoid adding new and complicated factors to the situation,” he added.

Erdogan visited Beijing in July, months after Turkey became one of the only Muslim-majority countries to have criticised China over the detention of an estimated one million ethnic Uighurs and other mostly Muslim minorities in the western Xinjiang region.

But Erdogan struck a softer tone after meeting Chinese President Xi Jinping, saying a solution to the Uighur issue could be found by “taking into account the sensitivities” of both sides.

India has added its voice to the international condemnation and concerns over Turkey’s invasion of northeastern Syria in an offensive there against Syrian Kurdish fighters.

It cautioned that Turkey’s actions can undermine stability in the region and the fight against terrorism. Its action also has the potential for causing humanitarian and civilian distress. India also urged Turkey to “exercise restraint and respect the sovereignty and territorial integrity of Syria”.