The rule of the situation demands political leadership to focus on nation-building, securing Pakistan’s national interests, and returning the country to sound and firm economic footings. Self-reliance for strategic decisions and polices for a strong Pakistan, a solid economy ensures sovereignty, independence and respect in the comity of nations. 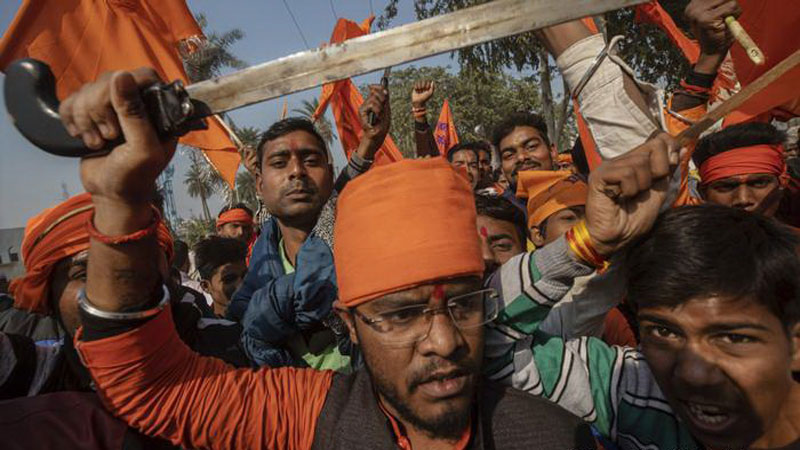 There is no need to talk to the racist India after what it has done to terrorise and brutalise Kashmir, changing the constitutional status of Kashmir, and violating the UN resolutions that guarantee Kashmiris the right of self-determination. In the Kashmir context, the plan of Narendra Modi and RSS is clear to the world but Islamophobics and enemies of Muslims will never succeed in their evil designs. They have foolishly exposed themselves-the task no one had so for undertaken to expose India’s illegal occupation of Kashmir and genocide of minorities, specially Muslims, in India and Kashmir. Whatever it takes, pains and gains, Kashmiris do not want any thing other than to be free from the clutches of India. Simply, they are struggling for freedom from India.

With that kind of negative image, India under Modi has managed to attract world’s attention to the issue of freedom of Kashmiris. The right of self-determination of Kashmiris has become a global issue now. The reality on ground and surrounding facts support the proposition and world opinion.

There is a display of growing hatred and bigotry in India ever since the rise of the Bharatiya Janata party (BJP) to power. Their ideology a complete shift from the narrative of Hindu-Muslim unity, the BJP has built a stronghold based on its anti-Muslim narrative. With the Kashmir issue having been highlighted and discussed in depth on most world forums, including the United Nations General Assembly (UNGA), Indian Leadership along with its radical supporters feel the need to disassociate themselves with Mahatma Gandhi and his massage of unity.

In the Kashmir context, the plan of Narendra Modi and RSS is clear to the world but Islamophobics and enemies of Muslims will never succeed in their evil designs

The radical elements of the BJP, with hateful minds and a philosophy of ethnic cleansing, have a history of mass killing and burning of Muslims alive in Gujarat, where Modi was chief minister at that time. Why is Modi so vengeful? Maybe his personal psychology needs to be studied by psychologists and psychiatrists for the sake of peace and to look into factors leading to the secular India’s demise. Gandhi lost his life for a narrative of peace and Hindu-Muslim coexistence. His death was a message from RSS extremists to all supporting peace and Hindu-Muslim cooperation and working together.

India has witnessed a radical uprising, now resulting in security issue for its Muslim population. Sadly, 201 million Muslims in India face a life threat. They are now being forced to either convert to Hinduism or face lynching for merely taking up space in the Hindu- majority county. The situation can turn into a refugee crisis, the early signs of which are already apparent by what is happening in the Indian occupied Kashmir (IOK). An anti-Muslim India is a great threat to world peace. International community, world forums and institutions, such as the United Nations, are only in the position to take necessary measures to prevent tragic scenarios. The OIC is requested accordingly to act immediately before it is too late.

The UN reform agenda must ensure international peace, stability, equality, development and justice. No country is to be allowed use of threats and unjust manipulation. Let us resolve to reduce tensions, create a culture of desired cooperation and understanding. Sanctions imposed by strong governments on weak states are not justified because most of the time the same are based on monopolies. The UN should not become an agent implementing unjustified economic and political sanctions, especially on less developed countries. The UN should take notice of situations where sanction and threats go together. At the end of the day, the UN must be dynamic, credible and reliable for the sake of equality, unity and world peace. The difference between the performance of the UN and the former League of Nations must be visible.

A fact-finding mission from the United States Senate is in Azad Kashmir. Let us see if they get somewhere in developing an understanding about oppression in the Indian-occupied Kashmir and brutalisation of the innocent people of Kashmir, facing Modi’s racist India and growing hatred and bigotry in Indian society. Americans need to know the true face of India for the sake of world peace.