Indian media reports and twitter rants reveal a striking obsession with the Pakistan Army. As the Chief of Army Staff General Qamar Javed Bajwa arrives in China, as part of Prime Minister Imran Khan’s official delegation, Indian media is strife with reports about the Army Chief’s meetings with business delegates and other Chinese officials. 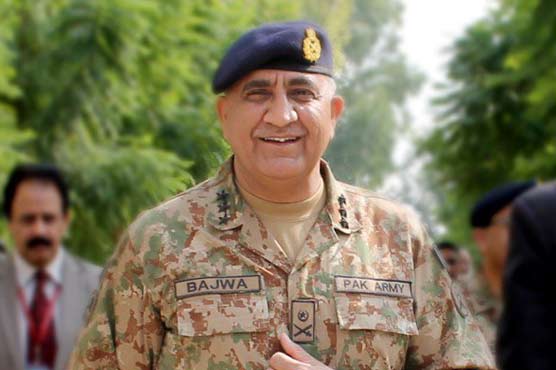 Indian media has been quite vocal about Army Chief’s role in Pakistani politics, and Indian TV shows are stupefying his meeting with Pakistani business community in an attempt to malign the political structure and authority of the Pakistan Tehreek-e-Insaf led government.

Indian media anchors and opinion makers are regarding the Army Chief as the most important person in Pakistan’s internal politics, undermining Prime Minister Imran Khan’s role and stating that he is only limited to “giving speeches.”

“What an unfortunate speech at the UN and what a fall from grace from being a great cricketer to a puppet of Pakistan army and terrorists,” former India cricketer Mohammad Kaif tweeted on Imran Khan’s #UNGA speechhttps://t.co/amqIiwSv84

Indian media called Prime Minister Imran Khan a “puppet” Prime Minister as a begrudging response to his fiery speech in the UN General Assembly, which blatantly revealed the history of Indian Prime Minister Narendra Modi as an RSS follower and the butcher of Gujarat.

In response to Prime Minister Imran Khan’s uncompromising stance on the longstanding freedom struggle of Indian occupied Kashmir, Indian media has stirred up the propaganda that the Premier is being forced by the Pakistan Army to make such statements.

“Pakistani army is pushing Imran Khan to make outlandish statements, knowing he is destroying both his credibility & any ability to sit across the table with Modi,” writes ⁦@MalikAshok⁩ in this important piece… https://t.co/xbdJNMVEDK

India media has launched a rather fascinating speculative war with regards to Prime Minister Imran Khan’s trip to China, stating that the premier and the Army Chief have gone to China in a bid to obtain investment opportunities in China. India media reports have bizarrely linked up the ongoing trip to China with the Army Chief’s meeting with the Pakistani business community.

It is important to note that the meeting with the business community was in line with the efforts to improve the security situation that would encourage the growth of investment opportunities across the country.