Exploring the delights of Bergamo, from its Medieval buildings to its quaint main square

* It is dramatically divided into two parts, the walled Città Alta, or Upper City, a UNESCO World Heritage Site towering hundreds of feet above the lower town, Città Bassa 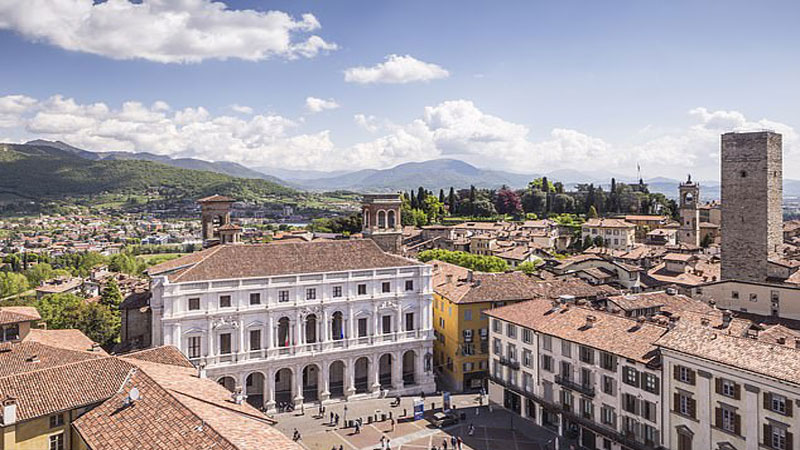 You might not have heard of Bergamo. It happens to be one of the most beautiful cities in northern Italy, and you’ll be hearing a lot more about it now British Airways has started flying there as a gateway to Milan, some 30 miles to the south-west.

It is dramatically divided into two parts, the walled Città Alta, or Upper City, a UNESCO World Heritage Site towering hundreds of feet above the lower town, Città Bassa. Citta Alta has only 3,000 inhabitants, dates from Roman times and was later ruled by Milan and Venice.

Its rich history is reflected in the Medieval and Renaissance buildings, and there is not a single chain outlet or souvenir shop. A bus will take you there from the airport in around 20 minutes.

There is so much to see – including the quaint main square, Piazza Vecchia, dominated by the huge white Palladian library, once the town hall, at one end, and the Venetian Palazzo della Ragione, a former centre of government, at the other.

Nearby is the 15th-century Colleoni Chapel, the remarkably embellished mausoleum of Bartolomeo Colleoni, the local boy who became a feared mercenary general. Next door is the magnificent basilica, as much a museum as a church. It makes the 17th-century cathedral a few feet away, with its bright, uplifting interior, seem like a poor relation.

Take the lift up the city’s bell tower, with the largest bell in the region, for superb views of the surroundings: Milan’s skyscrapers in the distance across the plain towards the south; the valley and foothills of the Alps to the north.

For even better views, take the funicular up the hill of San Vigilio above the old town. There, you will find the Art Deco villas of the wealthy and a 12th-century castle.

Its rich history is reflected in the Medieval and Renaissance buildings, and there is not a single chain outlet or souvenir shop. A bus will take you there from the airport in around 20 minutes

Bergamo also has many good restaurants, serving specialities including the staple carb polenta, often flavoured, in many forms, and casoncelli pasta – a kind of twisted ravioli that ends up looking like a wing nut. 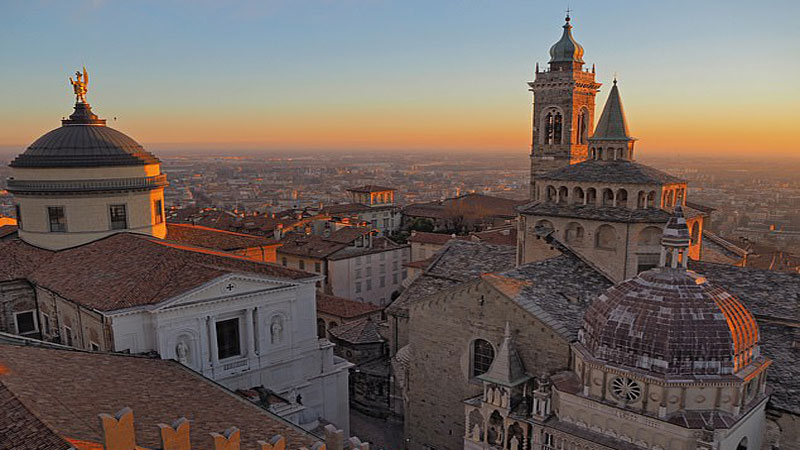 Try them at Sant’Ambroeus in Piazza Vecchia or DaMimmo, housed in a 14th-century building with a large terrace.

Lovely as the old city is, don’t ignore the broad, leafy boulevards and grand buildings of the mostly 19th-century lower city – reached by funicular.

All the main roads are designed to radiate out from the old town, so that it always dominates the skyline. There are bustling shopping streets, such as Via Tasso, and cafes such as Balzer, in the elegant Sentierone area, founded in 1850.

It’s opposite the opera house and famous for its sponge cake studded with dried fruit celebrating composer Gaetano Donizetti, who was born in Bergamo and has an annual festival dedicated to his work.

Above all, visit the Carrara art gallery, one of the country’s best, for an overview of Italian art. And don’t miss the Baroque church of Santi Bartolomeo e Stefano, with a heavily decorated interior and an altarpiece by Lorenzo Lotto. It’s worth staying at least a few days, and the most glamorous choice is the Relais San Lorenzo, arranged around a courtyard, with a large panoramic terrace.

Its restaurant, Hostaria, where you eat among Roman ruins, is one of the best in town.

Now is the time to get to Bergamo – before the secret’s out, the crowds come flooding in and the souvenir shops start opening.