A glorious show Boris Johnson really ought to see 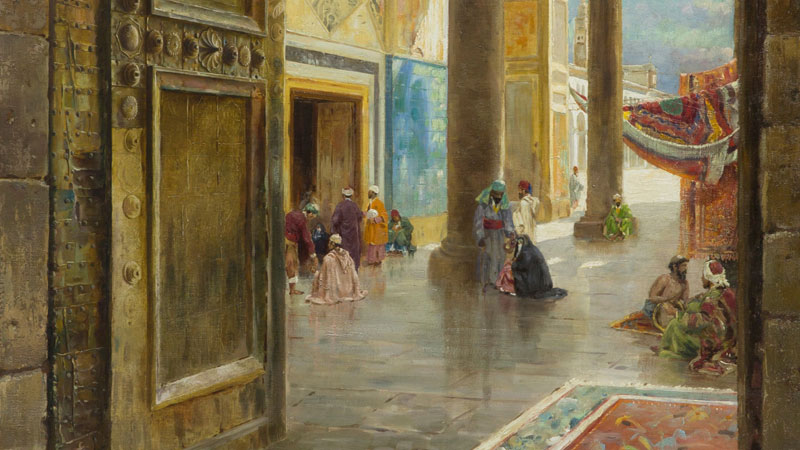 Boris Johnson should visit this exhibition that reveals Europe’s artistic debt to Islam. The prime minister claims the Muslim world has produced “nothing like” the Sistine Chapel, a wonder “beyond the technical accomplishment of Islamic art”. Tell that to Diego Fernandez Castro. In the late 19th century, this Spanish artist created a loving model of the Alhambra palace in Granada that expresses the exact opposite: this glorious medieval Andalusian palace is indeed an Islamic equal of the Sistine Chapel.

Castro’s model transfixes you in this exhibition. Delicate patterns of filigree stucco hang in space over slender columns in a theatrical layering of white arches. Brightly coloured tiles are laid out in intricate tessellations within the lighter-than-air galleries. Where the Sistine ceiling depicts creation as a story, the Alhambra expresses the glory of the cosmos in crystalline patterns and systems inspired by the Arab scientific revolution that started in the 8th century – and that also, Boris, provided European artists such as Michelangelo with the optics of perspective.

The Alhambra was the last flowering of Islamic art in Spain before it finally fell to the Catholic monarchs Ferdinand and Isabella in 1492. Its beauty has seduced westerners ever since – as have the Koutoubia mosque in Marrakech, the Red Gate of Rabat and the Dome of the Rock in Jerusalem, of which admiring depictions by Europeans are in this perspective-shifting exhibition. The image here of the Dome of the Rock was drawn in 1486 in a Renaissance map of the Holy Land. There’s a drawing nearby by Peter Paul Rubens of Ottoman costumes, probably copied from a Turkish album to supply exotic ideas for his sensational paintings of lion hunts and battles. And there’s a portrait sketch by Anthony van Dyck of Sir Robert Sherley in Persian dress with turban, silk cloak and ornate dagger. This isn’t patronising fancy dress. Sherley, an Elizabethan adventurer who went to Persia to make his fortune, was the envoy of Shah Abbas I to the Papal court when Van Dyck drew him in Rome in summer 1622. His costume is authentic.

That is the kind of twist that makes Inspired by the East such an important exhibition. It takes one of the most contested and controversial topics around – how the west sees the Islamic world – and offers unexpected insights into a dialogue that’s more complex and affectionate than you may think. Far from being bitter enemies locked in a culture war, the Christian and Muslim worlds, until recent times, looked at each other with mutual fascination. A key document of that entanglement is a 16th-century Venetian portrait of Sultan Bayezid I, in which the Ottoman ruler looks over his shoulder at you, his pensive eye and golden coat caught with a smoky sensitivity influenced by Veronese. This evocative portrait of a historic figure was commissioned in 1578 by the Ottoman vizier through Venice’s ambassador in Istanbul. The Ottoman court got its appetite for Venetian art when Gentile Bellini introduced Renaissance portraiture there. Meanwhile, Venetian painters got their sense of colour partly from the eastern silks and spices on sale at the Rialto.

Power attracts. Most Europeans 500 years ago thought it was just a matter of time until the Ottoman empire conquered them. That inspired fear, but also respect. Sultan Bayezid I is portrayed as a godfather figure, both potent and wise. A fantastically wrought Ottoman helmet captured at the second siege of Vienna in 1683 is a relic of the last time the Islamic empire seriously threatened the heart of Europe. The really contentious aspect of this show is what happens afterwards. How did European artists look at Islam in the age of European global domination that became unquestionable by 1800? 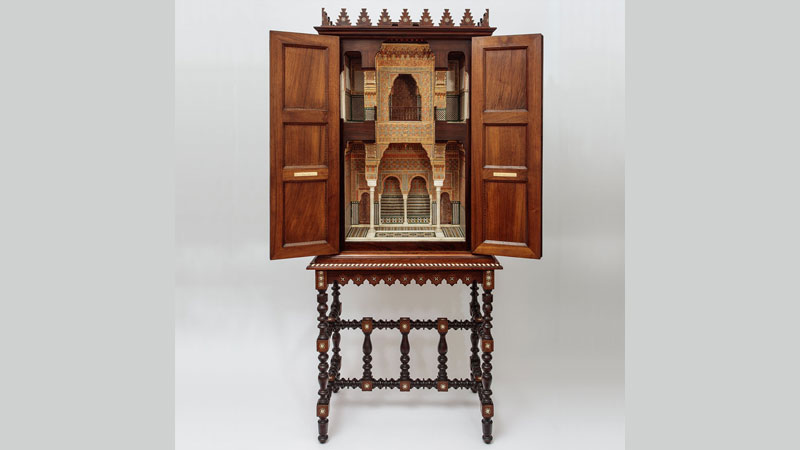 Lavishly, it turns out. While the west lorded it over a declining Ottoman empire and built colonies in north Africa and Asia, artists including Delacroix, Ingres and a host of lesser known “Orientalist” painters feasted their imaginations on eastern scenes. They researched their subjects in fanatical detail. Was this western interest in the east just a way of claiming to “know” the east in order to rule it? That is the argument of Edward Said’s book Orientalism. My old paperback has an Orientalist painting, The Snake Charmer by Jean-Léon Gérôme, on its cover – a blue-tinged reptilian fantasy of the Other.

But that’s a caricature of Gérôme, reveals this show. His 1859 painting The Grain Threshers shows an everyday scene of rural life in Egypt, and offers a new way of understanding why 19th-century European artists painted north Africa. As the industrial revolution sped up, they were drawn to places that seemed to preserve a better way of life. Alphons Leopold Mielich’s The Pottery Seller shows an infectiously busy market; Rudolf Weisse’s The Dice Players takes you into the streets of Cairo. These painters are outsiders, looking in with envy.

Of course, there’s plenty of sleazy fantasising in Orientalist art. In 1819, Antoine-Ignace Melling drew the grand harem in Istanbul as a vast place, part prison, part hotel. But how realistic is it? Melling made up this western male idea of an eastern harem – yet he also designed a real harem for an Ottoman palace in a case of Orientalism shaping the Orient. In a video that closes the show, Turkish artist ?nci Eviner repopulates Melling’s sinister harem with women playing and performing.

One thing is undeniable in this exhibition of dreams. However prejudiced we may assume them to have been, westerners from the 15th to 19th centuries sincerely admired the beauty of Islamic art, architecture, crafts and lifestyles. It is only in our own time that Islam’s heritage can be so casually dismissed by pseudo-intellectual politicians and other philistines.