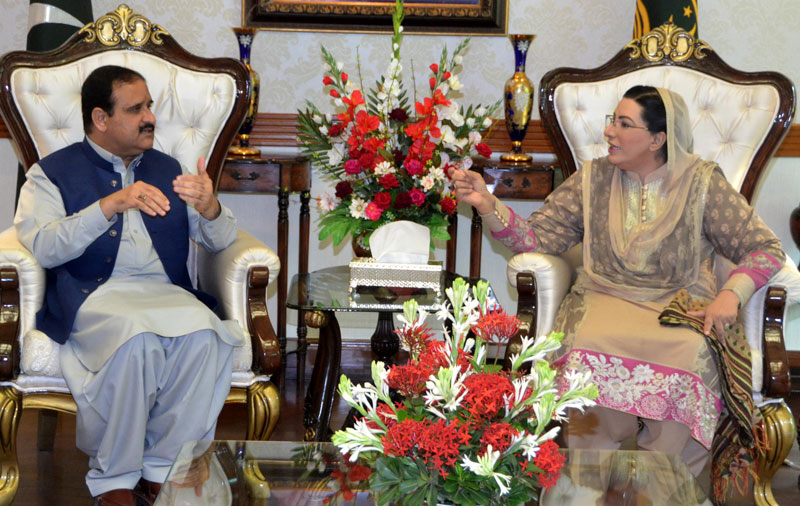 Punjab Chief Minister Sardar Usman Buzdar presided over the 18th meeting of the Punjab cabinet at his office on Tuesday in which establishment of 13-member Punjab Local Government Finance Commission was given approval.

This commission would be headed by Finance Minister in order to devise the formula for provincial taxes. The meeting decided to lift ban on recruitment against vacant posts from grade one to four and the Chief Minister directed the departments to forward their cases for recruitment against such grades. The Chief Minister will give approval to the recruitments after reviewing them on case-to-case basis. The Punjab cabinet decided to shut down Sasti Roti Authority and decided to hold special audit of irregularities in this scheme. Action will be initiated in the light of special audit report. The meeting was also given a detailed briefing about anti-dengue measures. The meeting decided to amend the table of registration fee of Registration Act, 1908 and the scope of e-stamping scheme will be further expanded after the amendments. Approval was given to increase fines for violation of traffic rules as well as adoption of different steps for ensuring traffic management in the light of Provincial Motor Vehicles Amendment Bill, 2019. The meeting gave approval to amendments in Punjab Border Military Police and Baloch Levies Service Rules, 2009. It also decided to establish University of Technology in Rawalpindi and approved draft bill 2019 in this regard. Permission was granted to outlets of less than one cusec size.

The meeting approved release of funds worth more than six crore rupees with regard to operations of speedo buses from Bahawalpur to Lodhran. The meeting also granted approval to the draft of Punjab Demarcation, Numbering and Naming of Village and Neighbourhood Rules, 2019.

The Chief Minister directed the ministers to hold open courts in their respective districts adding that ministers should go to field to provide relief to the people and to control prices of items. The ministers should also regularly hold meetings to control dengue in their districts. He asked the ministers to review progress made on development projects and further directed that provincial ministers should visit hospitals, educational institutions, arazi record centres, police stations, jails and other public places and submit their reports to the Chief Minister’s Office. Every possible step will be taken for bringing ease in the lives of the people, added Usman Buzdar. The chief minister further said that cabinet members should maintain close liaison with the district administration and submit a fortnightly report to the CMO about the steps being taken for providing relief to the masses. Proposals for further saving government resources should also be submitted and the ministers should burn midnight oil for serving the masses. They should also keep their doors open to the public. Performance of provincial ministers will be regularly reviewed, concluded the chief minister. The meeting gave approval to the appointment of Iftikhar Taj Mian as non-official member of management committee of Punjab Pension Fund. Minutes of 17th meeting of Punjab cabinet were also endorsed besides approval of decisions made in the 14th and 15th meetings of cabinet standing committee on finance and development. Provincial ministers, advisors, special assistants, chief secretary, administrative secretaries and high officials attended the meeting.

MoU signed for renovation of underpasses: MoU signing ceremony was held in Chief Minister’s Office for the renovation of underpasses of provincial capital with Chief Minister Usman Buzdar as the chief guest. DG LDA Usman Mouzam and Chief Human Resource Officer PTCL Syed Mazhar Hussain signed the MoU document for the beautification and uplifting of 19 underpasses which will be completed in 90 days by the PTCL. Talking on the occasion, Chief Minister Usman Buzdar said that underpasses will be highlighted with the national services of personalities under which these underpasses have been attributed by their names. The underpasses will have distinctive status. Like PTCL, other institutions should also play their role for the beautification and progress of cities.

He said that special attention has been given for the beautification of cities in Punjab and added that public welfare projects will be completed through public-private partnership. The public-private partnership based projects have proved successful in the whole of the world but unluckily this was not given much attention in the past, he added. He said that Punjab Public-Private Authority has been constituted for public-private partnership. Mazhar Hussain said that it is a matter of pride for the PTCL to extend cooperation to the LDA for the beautification of Lahore and added that PTCL will continue to play its role for further beautifying the provincial metropolis. Earlier, PTCL officials called on the Chief Minister and briefed him about the renovation of underpasses.

Meanwhile, Special Assistant to Prime Minister Pakistan on Information & Broadcasting Dr Firdous Ashiq Awan called on Chief Minister Punjab Sardar Usman Buzdar at Chief Minister’s Office. Matters relating to mutual interest, measures taken for providing relief to the masses, and various welfare projects were discussed during the meeting. The Chief Minister and Special Assistant to PM strongly condemned the Indian atrocities in Occupied Kashmir and expressed complete solidarity with Kashmiris. Sardar Usman Buzdar said that Prime Minister Imran Khan has fought the Kashmir case as Ambassador of Kashmir at every forum in an effective manner. Modi government has crossed all limits of violating human rights in Occupied Kashmir. International community will have to take practical measures for stopping the Indian barbarity in Occupied Kashmir. The world will have to play its due role by considering the Kashmir as a human issue rather than a piece of land. He said that accountability of corrupt elements without any discrimination guarantees progress and prosperity of Pakistan. Former practices of misuse of national resources have been ended. He said that government is the custodian of national exchequer and the same is being spent on the people welfare. Government will continue its journey of people’s wellbeing. Government is working round the clock for bringing uplift to the living standard of people. Change has been set in and government is working round the clock for brining improvement in every sector of life.

Dr Firdous Ashiq Awan said that effective legislation for removing the hurdles in the way of providing relief to the masses is a self-evident proof of the Punjab government’s performance. Reforms in various sectors will ensure the social security of impecunious strata of the society. She said that merit is the hallmark of PTI’s government. People have no interest in the dead horses and they have rejected the stance of opposition. She also presented suggestions to the Chief Minister regarding ongoing educational, health and other development schemes in Sialkot.