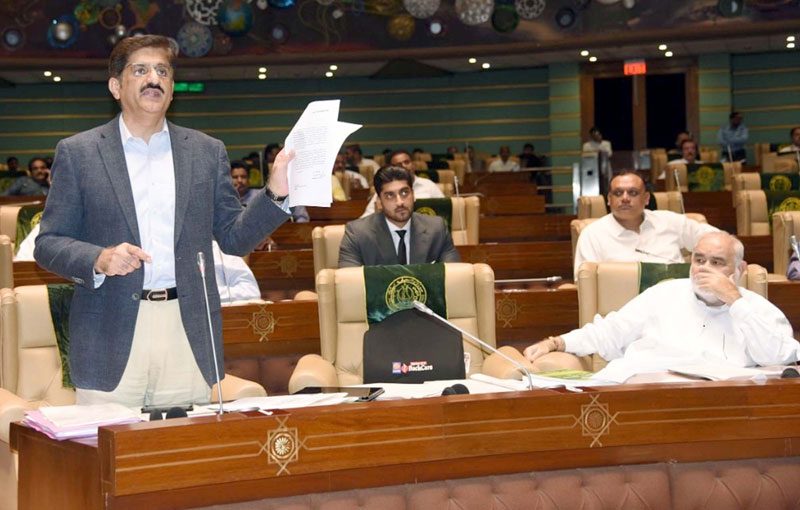 A leading Chinese power company, Shanghai Electric, has mobilised its machinery and started mining work in Thar Coal Block-I for development of mine and installation of 1,320MW coal-fired power plant.

To a query, Energy Minister Imtiaz Shaikh told the chief minister that Shanghai Electric has not only mobilized its machinery but has started removing over burden to develop a coal mine to generate 7.8 million tons of coal annually.

The chief minister was told that around 600 families would be displaced with the coal mining and installation of power plant. At this the chief minister directed Energy Minister Imtiaz Shaikh to ask the Chinese Company to construct residential colony for the affected families. “The colony of the affected villagers must have good houses, pacca streets, school, park, mosque, temple, playground, and small market,” he said and added the new settlements bring those children to school who have never been there. He cited the example of the Suneri Dars village constructed by SECMC for the displaced people of Block-I. He said their model village school was flourishing and even the gypsy type families have enrolled their children. “This is the real revolution for which we are achieving the results,” he said.

Mr Shah said that he would visit Block-I and meet with the Chinese Company people and would also meet with the affected people. “We are here to look after them,” Mr Shah assured the displaced villagers.

NTDC: The energy minister told the chief minister that National Transmission & Dispatch Company (NTDC) has requested the provincial government to provide them 100 acres of land at Jhimpir for construction of a Grid Station to evacuee the power generated from wind corridor.

Secretary Energy Musdiq Khan said that the provincial government has given license to 10 companies to install their wind energy plants. The issues is how to evacuee their power, therefore installation of a Grid station was very necessary.

The chief minister directed the SMBR Qazi Shahid Parvez to seek a report from DC Thatta and DC Jamshoro for making 100 acres of land available for the Grid Station. He in principle approved the plan for provision of 100-acres land to NTDC for Grid Station.

Waste Energy: Energy Minister Imtiaz Shaikh told the chief minister that a Kuwaiti Company has applied for installation of Waste-Energy project at Dhabeji. The project proposal was sent to the chief minister which he has approved. Now, they were applying for tariff with NEPRA.

Rge chief minister said that the company would be give land at Dhabeji for installation of waste-energy [power] plat. He directed the minister energy to pursue their request in NEPRA so that the dream of generating energy from the trash/ waste of Karachi could be realized as we have materialised the dream of Shaheed Benazir Bhutto by generating electricity from Thar Coal.

LB power bills: Sindh Chief Minister directed Finance and Energy departments to work out a plan so that the electricity bills of DMCs, District Council of Karachi and water board could be cleared in time.

“I have notice that the procedure for releasing payment for power bills to local bodies and then to the utility company, K-E, take time and by the time penalty is imposed for late payment,” he said and added that he wanted a fiscal discipline for power bills.

Mr Shah said that as per order of the Supreme court of Pakistan Rs580 million electricity bills of KMC upto March 2019 were paid by the provincial government and from April 2019 the KMC has to pay its bills on its own.