Pakistani young girl was gang raped while resisting robbery in Multan while her mother was killed.

As per media report, woman was killed and her daughter was raped by three suspects after they resisted a robbery bid in Multan’s Makhdoom Rashid.

The suspects had entered the woman’s house and asked her for valuables. Parveen resisted their attempt after which they strangled her.

They then raped her 22-year-old daughter and ran away with valuables, cash and their mobile phones.

The Punjab IG has taken notice of the incident. He has asked the Multan RPO and CPO Multan to submit a report on the case.

The rape victim girl and her mother after apprising family urged them to file a case against the accused, but were denied. 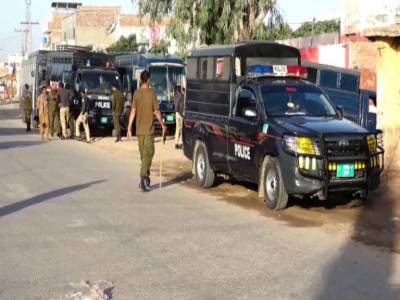 “We are poor and cannot fight with the influential of the area,” the family members were quoted as saying, which reportedly demoralized them and resulted in suicide.

Talking to newsmen, the son of deceased lady said, her sister was molested last night and on the refusal of the family members to file a case into the matter, both [mother and sister] had committed suicide.

On the other hand, residents of the area told police that both girl and her mother were allegedly raped and killed by her son.

The police reached the spot late and shifted the bodies to a nearby medical facility.

No case into the incident was lodged, while panic had prevailed in the area after the sad incident.