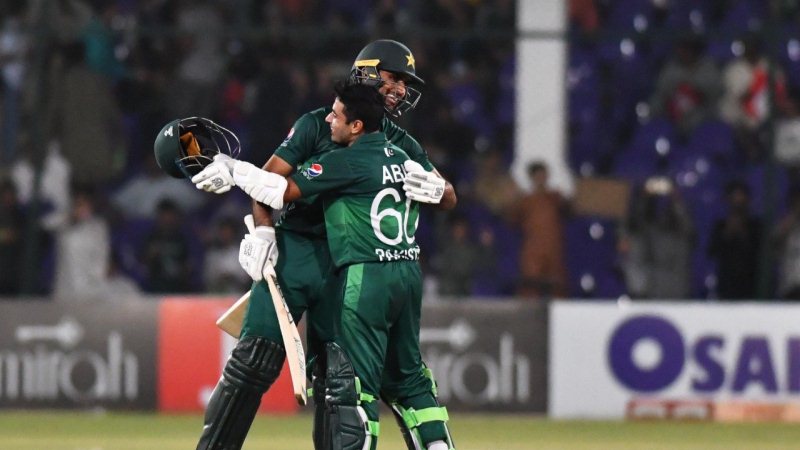 LAHORE: Inexperienced Sri Lanka thrashed world’s top ranked Twenty20 team Pakistan by 35 runs in the second T20I to seal the three-match series 2-0 at the picturesque Gaddafi Stadium here on Monday evening. The last match will be played at the same venue on Wednesday (tomorrow). Chasing a formidable victory target of 183, skipper Sarfraz Ahmed and his charges, just like the first T20I, once again caved in and were all out at 147 in 19 overs. The hosts lost the first contest by 64 runs. The series win, no doubt, is a morel-booster for Sri Lanka who lost each of their four most-recent T20 series, two of which have been at home, and two away. Their last away series win (outside one-off games) was against Bangladesh in early 2018. What surprising was the ease with which Sri Lanka shut Pakistan down. Even without senior players, the visitors’ bowlers and batsmen, like the first match, were clinical and maintain their momentum in the second contest as well to complete the commendable victory.

Pakistan had never lost a bilateral T20I series to Sri Lanka. But a blend of questionable team selection, a familiar middle-order collapse and generally lethargic play saw Pakistan lose a T20I series for the first time. Pakistan’s recalled batsmen Umar Akmal (0) and Ahmad Shahzad (13) once again failed to live up to the expectations. It is pertinent to mention that Umar has not made a T20I fifty since February 2016 and Shahzad had not made one since September 2017. As a result, head coach and chief selector Misbah-ul-Haq, who made these out-of-left-field selections, is facing a little scrutiny after his first T20I in charge. The hosts needed a victory in order to keep the series alive but a poor display of bowling allowed the visitors to post a sizable 183-run target. The target should still have been gettable for a side playing in their own backyard but a sequence of three wickets in four balls wrecked the Pakistan middle-order, left the run chase in tatters, and eventually leaving too much to do for the lower-order batters who tried their best but to no avail.

Kasun Rajitha sent Fakhar Zaman (6 runs) back to the pavilion while Nuwan Pradeep took the wicket of Babar Azam (3 runs) in the third and fourth overs, respectively. The eighth over of the innings was the most disastrous for the hosts as Wanindu Hasaranga dismissed Shahzad (13), Umar (0) and skipper Sarfaraz (26) on the third, fourth and sixth ball of the over. Isuru Udana took the wicket of Imad Wasim (47) in the 16th over, while Pradeep sent Wahab Riaz (7) back on the last ball of the 17th over. Udana also dismissed Shadab Khan (0) on the first ball of the 18th over while Pradeep sent Asif Ali (29) and Mohammad Hasnain (1) away in the 19th over.

Earlier, in-form Danushka Gunathilaka and Avishka Fernando opened the innings for Sri Lanka, whereas Imad and Mohammad Amir shared the new ball for the hosts. Gunathilaka was again looking in the mood, hitting several boundaries early on. But Wasim struck in the 3rd over, having the leftie nick one back to Sarfaraz. He contributed 15 this time. The loss of their star batsman did not seem to bother the visitors who kept on finding boundaries. However, Fernando and newcomer Bhanuka Rajapaksa’s promising looking partnership was broken in the 5th over when the former attempted a run against the gazelle-like Shadab, who hit the bulls eyes.

Sri Lanka were 41-2 at the end of a quarter of their overs. Needlessly risky runs were a constant theme in the first few overs and Pakistan could have had another run out, had all their fielders been like Shadab. Rajapaksa and Shehan Jayasuriya made sure that no further wickets were lost in the next five, taking the score to 80-2 at the end of 10 overs. The hard-hitting Rajapaksa brought up his 50 off just 31 balls in the 12th over. He kept on pounding the Pakistan bowlers and had his side eyeing 200. The 94-run stand between the two was finally broken in the 15th over when Asif ran out Jayasuriya. Rajapaksa (77) was caught in extra cover before Sri Lanka lost another to a run-out — the innings’ third till that point. While the Lankans couldn’t surpass the 200-run mark, captain Dasun Shanaka’s 27-run cameo helped Sri Lanka finish with 182-6 in their allotted 20 overs.