Our spokesperson, Muneezay Moeen, met Air Marshal(Retd) Sajid Habib, currently serving as Chief Executive Officer at the Air Eagle Academy, to talk to him regarding his passion to fly. It was an interesting conversation. 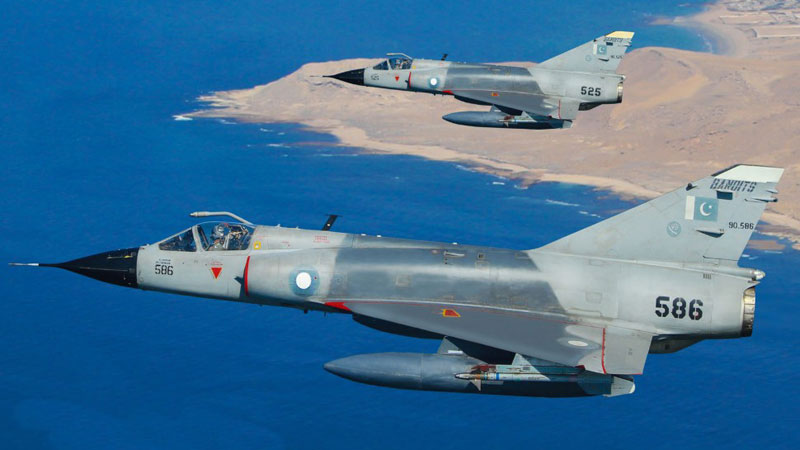 Q: What are the steps for an individual to pursue his passion to fly?

A: There is a good saying that every great dream begins with a dreamer. Always remember, you have within you the strength, the patience and the passion to reach for the stars, to change the world. The youth of Pakistan is very enthusiastic and passionate. Ambitious students come to me and ask me how they can pursue a career in flying. I see dedication with infinite hope and aspiration in their eyes. Unfortunately, even through there is capability, potential is not enough, and by potential, I mean institutions, organisations, government support etc. Now many renowned universities have opened an air aviation department; we, here at the Eagle Aviation Academy Private Limited, are a new addition to flying schools in Pakistan. What distinguishes us is that we are not a private venture owned by some individual. We train young people to join Air Eagle.

Q. Does Pakistan lack in providing platform to students who graduate from an aviation school?

A: Certainly, yes! Many students pass out every year, but are not entertained. We are the primary level of capacity building. At Air Eagle, we trains young pilots, and they have PPL (private pilot licence) and CPL (commercial pilot licence). Now it is upon the government to have a look at this department and fix loopholes. Foreign carriers fly 6.5 million passengers; woefully, our carriers are incapable of serving. The concerned authorities need to be proactive, and they should encourage new airlines to operate. Our organisation is at is basic stage; we train engineers, aeronautical engineers and pilots.

Air Vice-Marshal (Retd) Sajid Habib was commissioned in the Pakistan Air Force on Oct 20, 1978, in the Flying Branch. He has commanded a fighters’ squadron, a wing and an operational air base. He has also served as defence and air attaché at the Pakistan embassy in Turkey

Q. How long does it take to be a professional pilot?

A: Well, one’s passion and dedication can conquer anything. It is true that time is money. It takes two years to become a CPL holder, and costs around four million rupees. As it happens, no airline, other than Pakistan International Airline, hires a fresh pilot who has flown for only 190 to 200 hours. Private airlines prefer a pilot with the flying time of 1,000-1,500 hours.

Air Eagle was launched in 2015 with a handful of students; the number has increased to more than a hundred now. Six of our students who have completed their flying course are doing a flying instructor course. One of our students is working with the UET, and another one is flying a private jet. Ultimately, lack of capacity is the lacuna in the aviation department.

Q. What is the procedure for applying in a pilot course?

A: It is not hard. FA /Fsc or equivalent is the minimum academic criterion; age limit is above 18, and medical fitness and security clearance are compulsory.

In his staff appointments he has served at air headquarters as director-general, air intelligence. He is a graduate of the Flying Instructors’ School, Combat Commanders’ School, Turkish War College, and National Defence University, Islamabad. He holds a masters degree in war studies and is a recipient of Sitara-i-Imtiaz (military)

Q. How do you rate Pakistani airlines?

A: In the private sector, we have a few airlines amongst which Serene and Air Blue are the good ones. In Pakistan International Airline, there is an immediate need of revival. Excessive manpower is its failure.

Q. What are the steps to be taken? Do we need investors to raise the level of flying in Pakistan?

A: There are four or five different financing groups that have taken licences to open an airline; for example, in Sialkot, there is Sial Airlines. There are others-Air Falcon, Liberty Air, Indus, Bhoja Air. These are the licence-owned companies. Government must scrutinise licence-owned companies, and if they are inactive or ineffectual, their licences must be cancelled. It is the responsibility of civil aviation and government to investigate their reasons to be non-active. We need to be proactive if we aim to excel.

Q. Worldwide, more than 2.5 trillion GDP is obtained through commercial airlines, but it is the opposite in Pakistan. Why?

A: Pakistan generates comparatively less GDP because the civil aviation sector remains neglected. Privately owned airlines are fairly good. I think government and the civil aviation authority must, through discussions with airlines, find out what hurdles they are confronting, and what are the solutions. It can be said that the new National Aviation Policy 2019 does not look good. The administration of airlines needs to change their mindset. New airlines must be introduced and staff must be facilitated. More cooperation leads to best presentation, and that is what is the need of the time for the revival of the economy of Pakistan. Due to one-window operations, privately owned airlines have stopped growing. We also lack in the clearances and approving processes of a new plane.

Q. What is the reason behind the decline of civil aviation?

A: It is shameful that the government has not appointed a DG civil aviation. We do not facilitate our people. We are good at accountability and regulation; yes, that is also a compulsion, but it must not be the reason of destruction of an organisation. How can we expect a car to accelerate without an engine? Operational managers are overburdened because of insufficient staff; they don’t perform due to a heavy workload. On the other hand, Shaheen Airlines was introduced in 1993 with one plane, and later, it became one of the best airlines of Pakistan. Unfortunately, CAA and FBR showed negligence towards Shaheen, resulting the second largest airline to collapse.

The writer is a human rights activist and a blogger