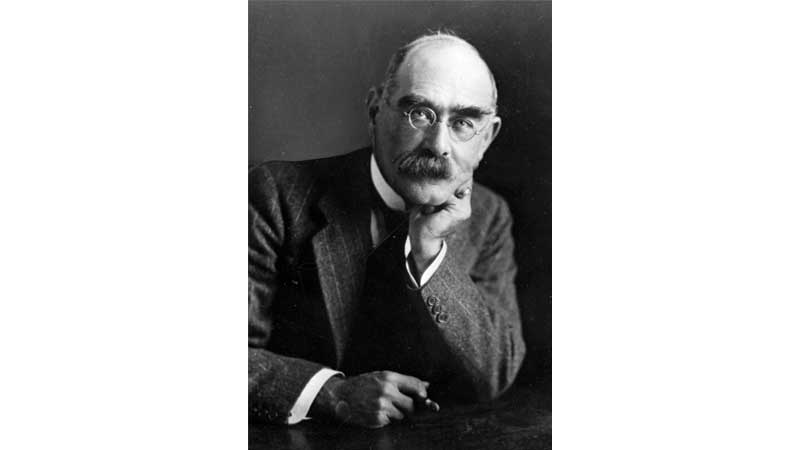 If you are a Pakistani or live in the subcontinent, you will find yourself somewhere in the 19th-Century Lahore when reading the first few pages of Kim. Rudyard Kipling’s classic tale about a thirteen-year-old boy takes readers in the era of the British India. Kipling makes his protagonist, Kim, live among people belonging from various cultures and religions. Kipling, however, retains the sanctity of all religions while the readers are taken on a journey with Kim leading the way.

Perhaps, this is the reason why this novel has transcended borders and cultural boundaries. It showcases the evolution of Kim’s character as he meets and learns from people that represent the world. The character of Kim becomes even more powerful with Rudyard Kipling’s writing style and expression. Kipling primarily uses the authorial style of writing. His ability to show the sights and sounds of Lahore, Umbala (Ambala) and Benaras (Varanasi or Banaras) and other parts of the subcontinent that comprise present-day Pakistan and India is quite brilliant. He takes Kim through all these cities and shows the readers through Kim the beauty of the cultures and traditions that were a part of these areas. He also reveals the societies during the time when he wrote this novel, which was published in 1901.

Journalist and writer Rudyard Kipling also explains the actions of the characters with assertiveness. He smoothly reveals the characters’ many personality aspects that add value to his narrative. Moreover, there is something peculiar about Kipling’s storytelling. He explains less but reveals more. This is perhaps a sign of a good writer. For instance, in the opening chapter when revealing Kim the author writes, “Though he was burned black as any native; though he spoke the vernacular by preference, and his mother tongue in a clipped uncertain sing-song; though he consorted on terms of perfect equality with the small boys of the bazar; Kim was white- a poor white of the very poorest.”

Kimball O’Hara, or Kim as he is commonly referred to, spends his life in the city of Lahore. He leads a life of mischief with not a care in the world. The boy’s life, as prophesized by his deceased father, will change. His late father had said something about a Red Bull on a green field that will affect Kim’s life and bring him success. 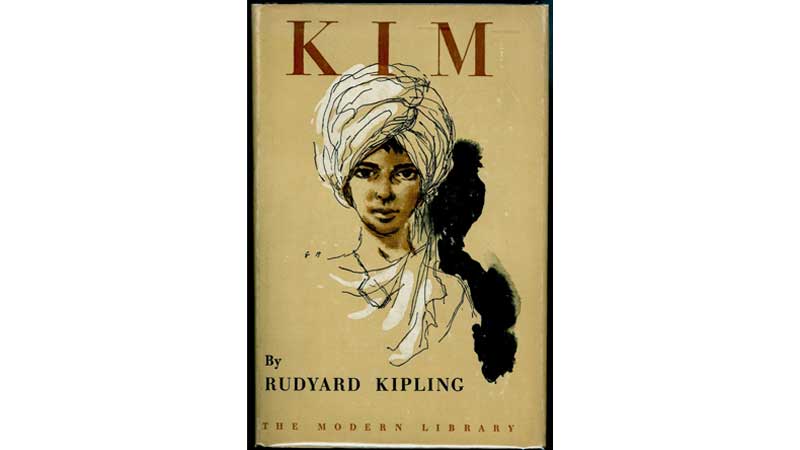 One day, a man wearing strange clothes catches Kim’s attention when he is playing in front of the Lahore Museum. The stranger is a Tibetan Buddhist, Teshoo Lama, who is in search of the River of the Arrow. The Buddhist’s life fascinates Kim that he eagerly volunteers to accompany him in his search. They head towards the city of Benares. Kim, who seems to be carefree, has a little secret side to his life too. He is friends with Mahbub Ali, a horse-trader and a spy in the British Indian Secret Service. Mahbub often asks Kim to deliver messages to key people. Kim has a knack of disguising himself and to remain unseen in a crowd that makes him a good spy-in-training. Mahbub, when learning that Kim is going south hands him a message that must reach an Englishman, Colonel Creighton, in the state of Umballa. After reaching Umbala, Kim separates briefly from the Buddhist and goes to find the Englishman. He delivers him the message and eavesdrops on his conversation. Kim learns that the British are planning to deploy troops in the north. Kim and the Buddhist arrive at a certain area during their journey when they see two scouts standing with a flag, a Red Bull on a green background. Kim realizes this to be his father’s prophecy. The flag is that of the Irish Mavericks. Kim’s father worked for this regiment in the British Army. Fate takes a turn when the regiment captures Kim. However, the soldiers soon realize he is the son of Kimball O’Hara Senior. The Buddhist is amazed to know that Kim is a British for he wears traditional clothes of the subcontinent and speaks fluent Urdu. The Buddhist pledges to pay for Kim’s education and their friendship fortifies.

During the middle of the novel, the readers see Kim transform from being a street-smart kid to a British schoolboy. Kim does not like his school and asks Mahbub Ali for help. Mahbub recommends Kim to Colonel Creighton. The Englishman is impressed by Kim’s resourcefulness that he connects him with Lurgan in the city of Simla. Kim learns key spy training from Lurgan which includes remembering where objects are, to assess people’s character and to resist hypnosis.

To make the settings of the novel stand out, Kipling has used proper nouns. He placed them at the right place in the correct context. For example, Lahore Museum, the old Ajaib Ghar and Zam Zammah also called the Zamzama Gun, which is currently placed, in front of the Lahore Museum, are places and objects that keep coming up in the novel. Other key places mentioned in the novel include the old city of Lahore, Lucknow and Simla or Simla. The book keeps moving at a steady pace. At some points, Kim’s character seems to be losing its appeal but Kipling does it deliberately to introduce other characters into the story. They help evolve Kim’s character. It seems that Kim needed to meet the Buddhist, Creighton and Lurgan. It was necessary to prepare him as a spy in the British Indian Secret Service. That was his destiny and his father knew about it long ago.