Being identified as action hero enough for me: Tiger Shroff

* 'Currently, my peers are doing such amazing work, so how does one create an identity for oneself,' the actor asks 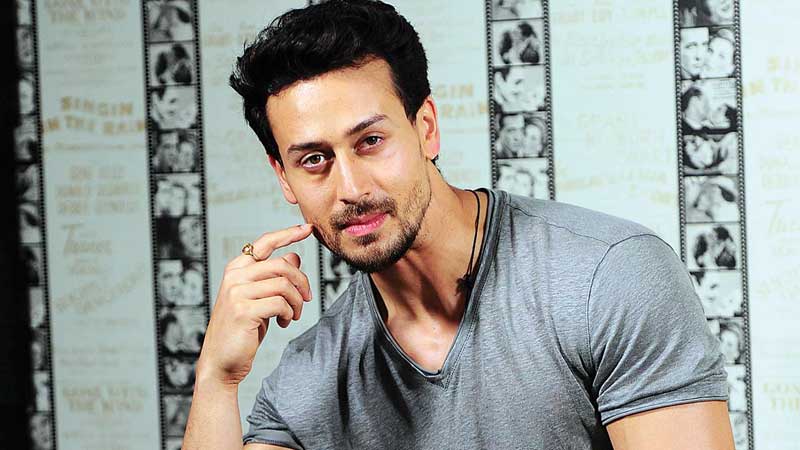 Actor Tiger Shroff, who has emerged as one of the most bankable young stars in Bollywood, has said that being identified as an action hero is more than enough for him.

“I enjoy doing action films. Today, whatever I have achieved is because of the films I have done, primarily the action films. All my inspirations like Jackie Chan and Hrithik Roshan have been big action heroes. So, I am inspired to be like them and I am inspired to do things like them,” said Tiger, while interacting with the media at the success meet of his new release “War” on Friday in Mumbai. He was accompanied by his co-stars in the film, Hrithik Roshan and Vaani Kapoor and the film’s director Siddharth Anand.

On his action hero tag, he added, “Currently, my peers are doing such amazing work, so how does one create an identity for oneself? I just want to create my own identity. When people identify me as an action hero, for me that’s more than enough.”

Tiger Shroff’s past action hits include ‘Heropanti’, ‘Baaghi’, ‘A Flying Jatt’ and ‘Baaghi 2’. He will next be seen doing heavy-duty action in ‘Baaghi 3’ and the Bollywood remake of the cult Hollywood hit ‘Rambo’.

Hrithik and Tiger have collaborated for the first time and, going by the hype surrounding the film, the makers have added 200 screens for “War”.

Tiger Shroff’s past action hits include ‘Heropanti’, ‘Baaghi’, ‘A Flying Jatt’ and ‘Baaghi 2’. He will next be seen doing heavy-duty action in ‘Baaghi 3’ and the Bollywood remake of the cult Hollywood hit ‘Rambo’

“The day I came to know I would be working in a two-hero film with Hrithik Roshan, I told myself I can’t get a bigger opportunity than this. It was like ticking off one thing on my ‘to do’ list. This film has been an educational and empowering journey,” said Tiger, talking about collaborating with Hrithik in “War”.

“I feel ‘War’ is really special film for me because he (Hrithik Roshan) is somebody I look up to so, it was easy in a way to relate to my character, because my character looks up to his character in the film as well. It was a genuine feeling for me,” Tiger added.

Asked if “War” would have a sequel, director Siddharth Anand said: “It’s too early to talk about it, but I definitely had an idea to convert this into a franchise. We were waiting for the audience reaction to the film. Now, I am feel that it’s an audience demand more than our desire. We will soon sit together to decide our future course of action.”

With a screen count of 4,000 including Hindi, Tamil and Telugu prints, ‘War’ is doing well in South India too, despite stiff competition from Chiranjeevi’s ‘Sye Raa Narasimha Reddy’.