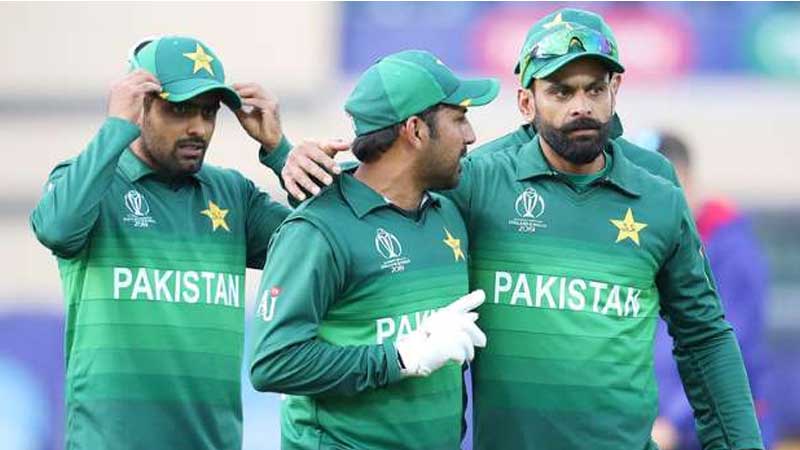 lahore: Hosts Pakistan take on Sri Lanka in the first Twenty20 International of a three-match series at picturesque Gadaffi Stadium here on Saturday (today). The return of international limited-overs cricket to Pakistan finally became a reality with the arrival of the visitors last week and the subsequent ODI series that was won 2-0 by skipper Sarfaraz Ahmed and his charges in Karachi. With three T20 games to be played in Lahore, this 13-day tour by the Islanders is the longest by a front-ranking cricket team to Pakistan since March 2009 when a harrowing terrorist attack on the Sri Lankan team’s bus suspended international cricket activity at home. Major teams have avoided Pakistan since that ambush, which killed eight people and injured several players. Over the past four years, Pakistan has successfully hosted Zimbabwe, the West Indies, Sri Lanka, and a World XI for limited-overs matches amid intense security as the Pakistan Cricket Board (PCB) tries to win back confidence of foreign teams to restart full-fledged international cricket at home.

The current tour also looked in doubt after the Sri Lanka Cricket (SLC) said it had been warned by its government about a possible security threat. But the tour finally got the go-ahead from the SLC after the Pakistan’s government promised that the Pakistan Army would coordinate the security over the visit. However, 10 of Sri Lanka’s top players have opted out of the tour due to security concerns. Despite the absence of star Sri Lankan players, the series has still given hope to the PCB and fans alike that international cricket is returning to Pakistan.

There have been signs of this happening. The recent visit by Cricket Australia’s CEO Kevin Roberts and its security head Sean Carroll as well as the forthcoming trip of deputy ICC chairman Imran Khwaja to witness the T20s is good news. Credit for this ought to be given to the PCB that has worked hard to convince the ICC and member cricket boards to consider Pakistan as a safe country for the game. However, more than the PCB or the ICC, Pakistani fans perhaps owe a debt of gratitude to the Sri Lankans themselves for agreeing to undertake this landmark tour, especially in view of what they experienced in 2009.

The Pakistan Super League (PSL), which was launched in 2016 with all matches staged in the United Arab Emirates, Pakistan’s home away from home for bilateral fixtures, was the stepping stone for the revival of international cricket. With the T20 series, Pakistan will be starting their preparation for next year’s World Cup in the shortest format. Pakistan will also play three Twenty20 matches in Australia next month before hosting Bangladesh and later travelling to Ireland and England, all ahead of the Twenty20 Asia Cup. That gives them ideal preparation for the Twenty20 World Cup to be held in Australia in October and November next year.

Dasun Shanaka is leading Sri Lanka in the T20 series against skipper Sarfaraz’s side, who are ranked number one in the world. Pakistan won won 11 of their past 13 series in the format. Sri Lanka, meanwhile, are ranked eighth, and will even have to play the preliminary round of next year’s T20 World Cup in order to qualify for the tournament. They won the T20 World Cup as recently as 2014, but their form in the shortest format nosedived shortly after. They have lost five of their last six series. Both teams have played 18 T20Is till date: with Pakistan winning 13 and 5 by Sri Lanka, thus giving an upper hand to the hosts. The visitors will be hoping that the likes of Lasith Malinga, Niroshan Dickwella, Dimuth Karunaratne and Thisara Perera will not be missed too much. The spin of Lahiru Kumara will have a huge part to play, with his variations vital in a format where every ball will be a scoring opportunity. Pakistan have made some changes to their squad, with mercurial batsman Ahmad Shahzad, Umar Akmal and Faheem Ashraf all coming back into the team. Captain Sarfaraz will also be making a comeback into the format, after not featuring in the T20 series that Pakistan last played against South Africa. Pakistan are also blessed in the format with a litany of all-round options further down the order. Mohammad Nawaz, Imad Wasim and Shadab Khan are all handy with the bat, and could prove to be the differential in close contests.

Sarfaraz said the preparation was good but he was keeping his eye on the ball: Sri Lanka. “We will not take them lightly,” Sarfaraz told reporters on Fiday. “A Twenty20 match can be won by one good performance in batting and one in bowling, so we need to work hard to win the series.” Sarfaraz is also one of the most successful captains in the shortest format, winning 29 of the 34 matches he has captained, losing only five. Sri Lanka will miss their top players but Shanaka, who was one of four players who came to Pakistan when Sri Lanka played a single Tweny20 international in Lahore in 2017, put on a brave face. “I am happy to lead the team and we will do our best to put up a fight against our very strong hosts,” said Shanaka.