Driving me wild! An epic road trip through Slovenia’s mountain peaks and pastures 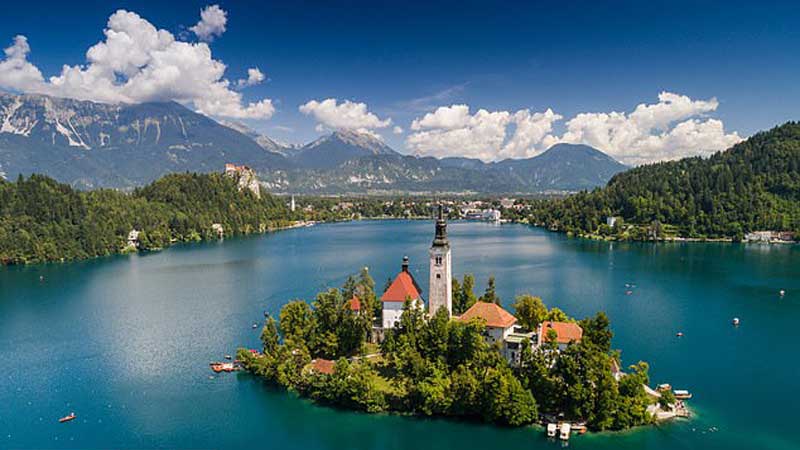 When Slovenia gained its independence in 1991, one of its politicians confidently predicted, “We’ll become a second Switzerland.” Keen to test the claim, I head for its capital city, Ljubljana, arriving amid thunderstorms. The airport is small – unlike the metallic blue Jeep Wrangler I rented from Hertz, a fitting vehicle for an adventure into the Julian Alps that mass between Slovenia, Austria and Italy, named after the Roman emperor who once governed the region.

The skies clear as I make the half-hour drive to my ‘base camp’ at Lake Bled, where I’m staying at Vila Bled. Now an elegant hotel, it was once President Tito’s monumental concrete-and-marble summer palace. The former Yugoslav leader certainly chose a great spot for a seasonal retreat.

From the satellite ‘tea room’ where Tito entertained Khrushchev and other world leaders, I take in the lake view. Gondola style boats glide towards a lone island with a fairy tale church.

Soon, I am off again, driving west over a mountain pass to pick up the route of the Julian Trail, a new 186-mile hiking path that loops through this Alpine wonderland. Looming peaks, velvety lower pastures and chalets with flower filled window-boxes certainly evoke Switzerland, but this part of the world hasn’t always been so peaceful, as I learn at a museum in the attractive town of Kobarid.

The World War I front formed here after Italy attacked Austria – Hungary was recorded in Hemingway’s A Farewell To Arms. Some 1.7 million soldiers died or were maimed, yet the various nationalities of those involved in the fighting stayed and intermixed through successive generations.

You can still spot field guns and other haunting military remnants around the region, lost in time.

Certainly worth a visit is Hisa Franko, where Ana Ros, named the World’s Best Female Chef in 2017 by The World’s 50 Best Restaurants, serves a 19-course palate-busting tasting menu complete with orange wine. It takes some working off. 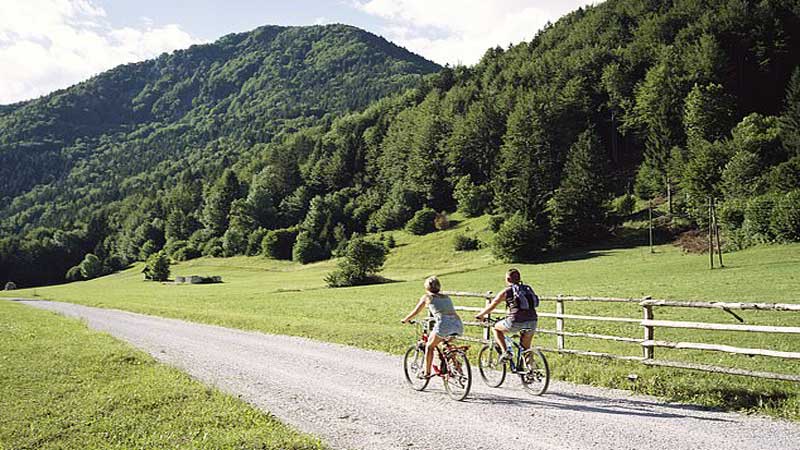 A few miles farther west lies the aquamarine Nadiza River and, beneath a high stone bridge, I find grotto-like bathing pools so clear you can see trout lazing around in the filtered sunlight.

Back beside the Julian Trail, I power north towards the town of Bovec, where the valley becomes flat-floored and boxed in by dramatic mountains. This was where the Germans won a celebrated victory in World War I, and again occupied the region from 1941.

But throughout it all, the plucky Slovenians – who now number only two million – clung on to their identity and spirit. Bovec offers year-round cable car rides up to Kanin, the highest ski station in Slovenia.

At the top, I can only marvel at the pristine mountain ranges marching away into the distance, and the shimmering Adriatic just visible in the bright haze.

‘This is my favourite place for yoga, above the clouds,’ enthuses Lindsey Conroy, an American who runs yoga classes here at 7,000ft.

Head north into Triglav National Park (Triglav being Slovenia’s highest peak). There, you’ll find Kekceva Domacija, a guesthouse converted from farm buildings – it’s so quiet here, the only sounds are the drone of insects and the burble of water.

The farm buildings had been used for a film adaption of stories about a shepherd boy named Kekec – Slovenia’s answer to Switzerland’s Heidi, but darker.

Kekec contends with an evil hunter and I can’t help wonder whether that reflects Slovenia’s tumultuous past. Here, I take in lungful of the cool, clean air. Could there be a better place to unplug? The guesthouse is affordable and includes a lavish breakfast. But, in the end, it’s the people who make the deepest impression here: warm, proud and energetically helpful. I don’t want to leave. Alas, I suspect it takes more than thunderstorms to shut down their blessedly small airport.