‘Climate change can cause 40 percent loss of major crops’ 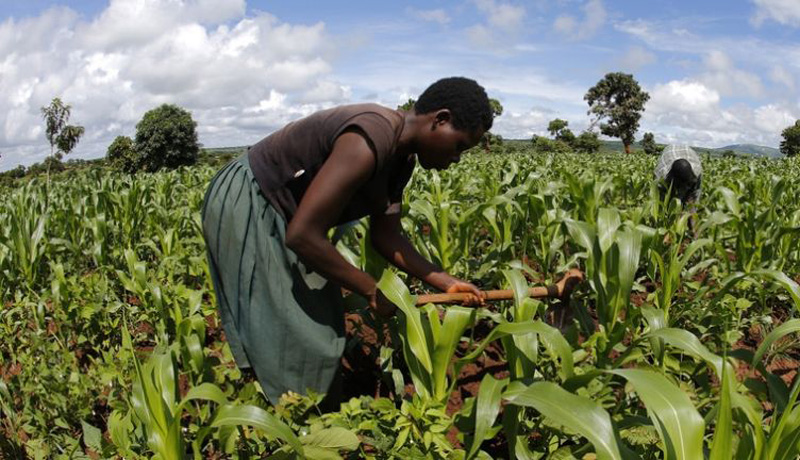 The Farmers Bureau of Pakistan (FBP) has urged the government to impose agriculture & climatic emergency to save the sector from the bad patch it is witnessing at present, while they fear that Pakistan may witness 40 percent decrease in major crops owing to prevailing situation.

This concern was raised by FBP representatives Dr Zafar Hayyat, Mian Shaukat, Aamir Hayat Bhandara and Imran Shah Khagga while talking to the members of the Agriculture Journalists Association (AJA) on Thursday at the Lahore Chamber of Commerce and Industries.

They said that maize is not a crop of South but due to poor performance of cotton, people opted for planting rice and maize. They said that the companies should have told the growers that varieties being marketed by them are not meant for their region or they should plant it while keeping the weather conditions in mind. Dr. Zafar Hayyat said that they had formed the platform of FBP to play their role in putting the policy makers on right path which could steer this sector out of present marsh. He said that untimely wind storms, erratic rains and sudden heat had caused lodging in rice and maize crops.

Imran Shah Khagga, another progressive grower, termed that the formula of pesticides being marketed at present are 30-40 years old and do not have resistance power against the pests. He said that pesticides of billions of rupees are imported and marketed for trillion of rupees but such medicines have no efficacy against pests rather causing illness even among the human beings coupled with the contaminated water. He claimed that independent surveys are saying that we might have 12 million bales of cotton as against the target of 15 million bales despite increase in area under cultivation. He said that our issue is pink bollworm and to tackle it world had introduced such cotton seed varieties which have resistance against this pest. He said that we have requested the National Productivity Organisation (NPO) and other institutes concerned to ban such seed which have no proper gene expression and cannot fight against diseases prevailing in this region.