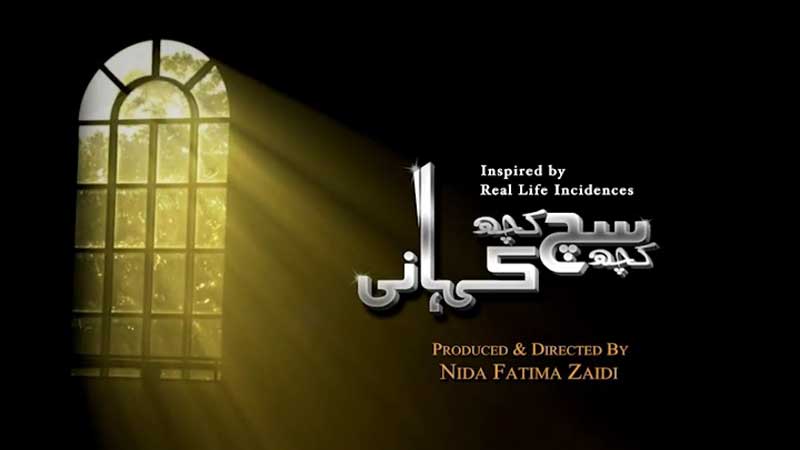 PTV Home had its share of downfalls in the past but the year 2019 has sparked high hopes from it. Freshman drama series Kuch Sach Kuch Kahani, comprising of new weekly social plays has reinvented its image, withstanding liberal ideas and stellar performances. The series, inspired by our day-to-day challenges in life, amalgamates unique narratives to bring out the best in each story. Directed and produced by Nida Fatima Zaidi, the episodes air every week on Sunday in the primetime slot 7:30pm.

‘Arranged Marriage’ and ‘Naan Café’ premiered on PTV Home last month. The remaining drama plays Kiran, Teen Ratein Chaar Din, Faraib, Cyber Crime and Chehrey will air in the coming weeks. The themes range from romance, drama, conflict and injustice. Not to forgo a clever mix of suspense and trauma interwoven beautifully in the series. Kuch Sach Kuch Kahani is a progressive show; it allows us to reflect and rethink our purpose as individuals. Each story grapples a significant theme that we can relate to as a whole.

One of the plays appeals to the marginalised transgender community in Pakistan while the other helps us understand the importance of entrepreneurship during unemployment. These scripts, coupled with the rest, are worth telling through the medium of television. They are tuned to influence a mass audience.

It is a collaborative effort of people from different age groups who created something brilliant, that too on an economical budget. PTV Home also provided a concrete platform to local artists in Islamabad to prove their acting talent. The crew working behind the scenes including many makeup artists were able to demonstrate their skills through this drama. Transforming a man into a female character so effortlessly is a work of art.

It is high time that the mainstream media of Pakistan recognises the hard work of unsung producers and directors trying to bring forth a fresh perspective. Many performers, who have now established themselves as global superstars began their journey with PTV Home and to abandon the network without contributing valuable input screams hypocrisy. A channel cannot thrive unless a crowd backs it up.

I strongly believe that PTV Home can resurrect its prime if the higher-ups green-light bulk productions in the capital city. It is also cost-effective to produce quality content so I see no reason why no one would invest in the idea. Why should we limit someone’s creative drive anyway? Let’s not deprive a dedicated lot of writers and producers their right to bring stories to life. Taking minimal steps will only build momentum for the channel. The culture of coming home to an entertaining drama serial should materialise, in my opinion. In fact, the series ‘Kuch Sach Kuch Kahani’ appears to have gravitated in a similar direction.