Kosovo: When not leading prayers in his village mosque in western Kosovo, imam Drilon Gashi was scribbling some unorthodox thoughts on social media like his belief in the theory of evolution. Eventually, the embrace of both Islam and Darwinism cost him his job.

The 31-year-old was unceremoniously expelled from his post by top clergy last month, in what he says is evidence of the growing threat to Kosovo’s traditionally moderate brand of Islam.

“Living creatures are created by evolution, but this evolution is led by God,” Gashi revealed his theory of how Islam and science can work in tandem.

“Science reveals natural phenomena as God created them,” he added.

Embracing the theory of evolution would not seem that unusual in Kosovo, whose population of 1.8 million has long been known for its moderate flavor of Islam. More than than 90 percent of Kosovars identify as Muslim, according to the 2011 census.

Yet alcohol flows freely and abundantly, the people are famous for an ardent love of all things American, and most do not wear religious dress. This identity has shifted over the past two decades, however, with a religious revival in the late 1990s opening a schism between traditional practitioners and a new wave of imams trained abroad.

After the 1998-99 independence war with Serbia, an influx of Gulf charity money built hundreds of mosques in Kosovo, spread new teachings and gave imams scholarships to study abroad in places like Saudi Arabia and Egypt. 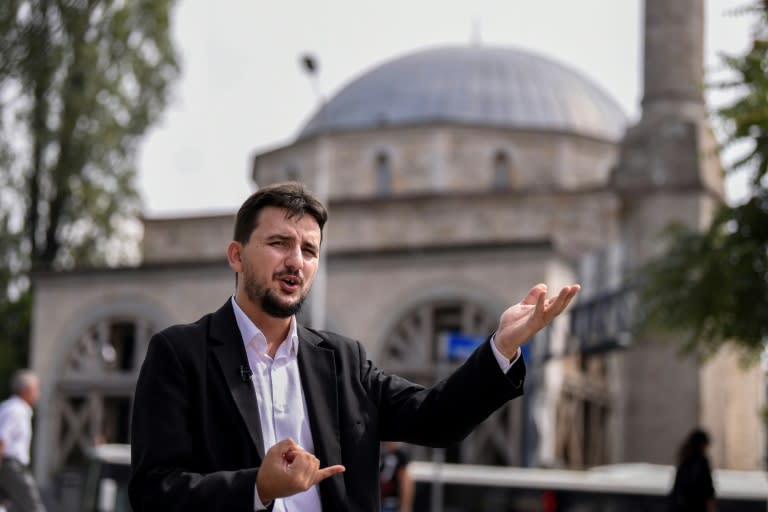 Gashi was one of those beneficiaries, studying in Medina. But he didn’t take to the ultra-conservative doctrine practiced there, and the religious establishment did not like his “modern opinions”, he told.

In October 2018, Imam Drilon Gashi told a Pristina-based television station that “evolution is a fact.”

This statement first caused him to be suspended by the Kosovo Islamic Community five months ago – and now it has cost him his job.https://t.co/2SQDBRHqIw

Globally, views vary on Darwin’s theory in the Muslim world. Some scholars say the Koran is less explicit on creation than the Bible’s book of Genesis. Xhabir Hamiti, a professor of Islamic studies, said Gashi’s beliefs may be controversial but “it would be better and more useful if we had a debate” on the topic in Kosovo.

For Gashi’s fans, the sacking was the latest sign of a shrinking space for moderates. “Congratulations Drilon! You know far more than these ignorant and conservative religious representatives,” one Facebook user wrote in support.

Notably, for Gashi’s fans, the sacking was the latest sign of a shrinking space for moderates. “Congratulations Drilon! You know far more than these ignorant and conservative religious representatives,” one Facebook user wrote in support.