Pakistani scientist has discovered symptoms of life on Saturn moon

Pakistani scientists has done a great job, the team headed by scientist Dr. Nawazir Khawaja has found compounds on the moon of the planet Saturn that contain organic molecules that are considered important for life.

According to the foreign news agency “The Nature”, a team of scientists from the Free University of Berlin, Germany, led by Pakistani scientist Dr. Nozier Khawaja found small organic compounds containing carbon, oxygen and nitrogen gases. He discovered that they are soluble and have the ability to interact with other compounds. 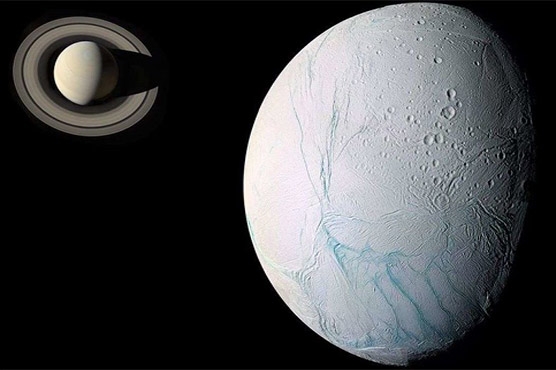 According to Syed Muneeb Ali, secretary of the astronomical biologist, the Pakistani organization , the compounds were found to evaporate from a hole in the depths of Enceladus, while similar particles were identified in the ice particles on the moon.

Despite NASA’s Cassini spacecraft, launched in 1997, completed its research mission in 2017, scientists still haven’t studied all the research material during the spacecraft’s important mission.

Organic compounds are made up of carbon, and without them life is impossible to imagine.

Dr. Khawaja was born in Wazirabad, a city in the Gujranwala district of Punjab. He then completed his Masters in Space Sciences and Astronomy from Punjab University. Later on, the scientist got his Ph.D. in Geosciences from Heidelberg University in Germany, he has also served as a post-doctorate scholar at the Institute of Earth Sciences at the same university.

He has done many brief studies on life beyond Earth and is a leading name in many research programs. In 2019, NASA honored him with the ‘Group Achievement Award’ for CDA or Cassini’s Cosmic Dust Analyzer. Other than that, he has also received the Horneck-Brack Award from European Astrobiology Network Association in 2018.