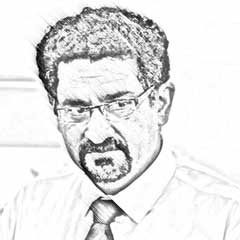 The Indian Prime Minister Modi’s Jalsa (public gathering) in Houston on Sunday begged many a question about Pakistan’s diplomacy, media management and ultimately the “Mission Kashmir”. There are quite a few points to ponder, for soul searching and head scratching as well, for the people sitting at the helm of affairs in Islamabad and Rawalpindi alike. These questions relate to both strategic visioning and tactical manoeuvres in the difficult terrain of public diplomacy.

Visualize the scenario of cleverly packaged and branded “Howdy Modi” campaign reaching its pinnacle in NRG Stadium Houston, Texas. Modi was eagerly flanked and greeted by President Trump along with thousands of Indian Americans creating ear shattering roars. If this is not enough of public showing, swallow the fact that the gathering was also attended by Governor Texas and 25 US Senators.

The new age of public diplomacy is in its full swing. There are quite a few lessons to be learnt from this particular event as well as overall public diplomacy effort by Indians in the after math of August 5 decision of rolling back of articles 370 and 35 A of Indian Constitution.

Here are some moot points. If you wish to lead the narrative, you need to be Primary Definers – proactive in creating well planned and efficiently packaged media products and presenting them in the target market at the right time. If your product gains any measure of currency, others will only be left with Hobson’s choice – to rebut or refute the central point of your narrative leaving the other equally important but expansive details. Precisely the same has happened – the main target of current Pakistani diplomacy efforts is to highlight the decision of August 5 and the events that have followed in Indian Occupied Kashmir.

What we need is to be proactive and to work ingeniously in the realm of public diplomacy while keeping our media prowess in our flanks. We need to: take initiative, be Primary definers and creating events instead of only reacting to what has been thrown at our face by our adversaries

Concurrently, there are only two ways a media outlet reports a new event in terms of its news value: one, an actual newsworthy event has happened; and two, an event has been created with such mastery that the media (even of your adversary) cannot ignore it. In the former case, the events happening in the natural course of life will be reported if found of news value. The latter is the domain of marketing managers, perception management gurus and brand spinners. They carefully choreograph an event to make the media believe – cleverly utilizing the media values, dynamics, and constraints – that the event is organic and natural and should be reported. The ever-growing social media plays a vital role in this connection. This is what has happened in NRG stadium Houston, the other day. It had all the ingredients and masala, if you like, of a Bollywood bonanza tactfully mixing the show biz glamorous glitz with finely veiled political agenda and presenting it at the most appropriate time when the iron was red hot.

Ultimately, the careful intertwining of traditional, public and media diplomacy worked. While the Indian Foreign office geared up their efforts in conventional diplomatic domains though well established and well trenched diplomatic orders in world capitals, their media moguls used their creative brains to fully exploit their perception positives through Bollywood heroics. The glamour, glitz and a strong gathering did the job and the next day the American media splashed the Sunday event on their headlines.

What went, or may be still going, wrong with us in this fiercely fought war of narratives. While our foreign office has been busy exploiting traditional diplomatic efforts with mixed results, our endeavors on the front of public diplomacy found wanting in many ways. What we need is to be proactive and to work ingeniously in the realm of public diplomacy while keeping our media prowess in our flanks. We need to: take initiative, be Primary definers and creating events instead of only reacting to what has been thrown at our face by our adversaries.

There is not need of despondency, all is not lost. The war is on – many new battle fields are gearing up to test our mental and psychological prowess.

The writer is an ex Member Planning Commission of Pakistan