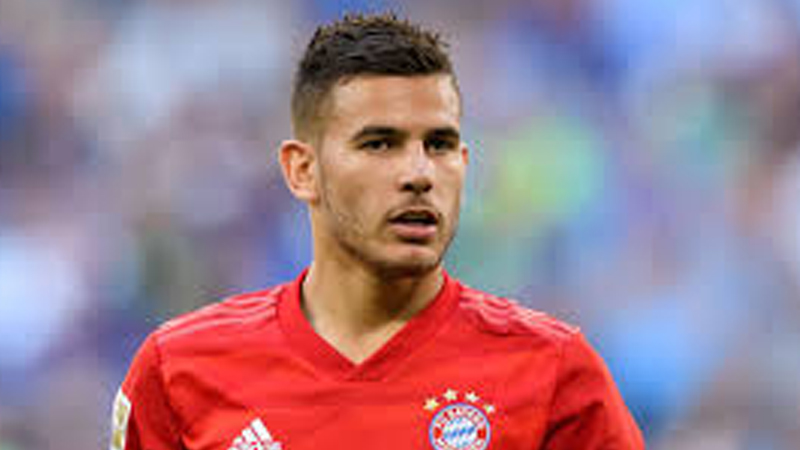 BERLIN: Lucas Hernandez, the most expensive signing in Bayern Munich’s history, says “unbelievable” fees are currently being paid on the transfer market, putting pressure on the players concerned to justify the astronomical sums. The 23-year-old 2018 World Cup winner signed for 80 million euros ($87.2 million) from Atletico Madrid and became a Bayern player in July after recovering from knee surgery in March. The Frenchman cost nearly double the price of Bayern’s previous record signings — Corentin Tolisso, from Lyon in 2017/18 for 41.5 million euros, and Javi Martinez for 40 million euros from Bilbao in 2012/13. The price Bayern paid for Hernandez is dwarfed by the world record 220 million euros Paris Saint Germain paid Barcelona for Brazil forward Neymar in August 2017. “Transfer fees have recently become more and more exaggerated. Unbelievable sums are being paid,” Hernandez told broadcaster DAZN. He has played the full 90 minutes in four of his last seven games and is set to feature when the Bundesliga leaders play Tottenham Hotspur away in the Champions League on Tuesday. Hernandez says he is obliged to justify the price tag Bayern paid. “Due to all the trust the club has placed in me with this sum, it is now up to me to pay it back on the pitch and to give my all,” he added. “One day the club, should also be proud of the fact that they spent this money for me.” He expects a tough away clash in London against Mauricio Pochettino’s Spurs after helping Bayern win their opening Group B game 3-0 at home to Red Star Belgrade a fortnight ago when Tottenham threw away a two-goal lead in a 2-2 draw at Olympiakos. Striker Robert Lewandowski has scored in each of Bayern’s last eight games, leaving him with 12 goals in nine matches this season, with Philiipe Countinho, on loan from Barcelona, is superbly running Munich’s attack.