Is there hope for Makli’s stability? 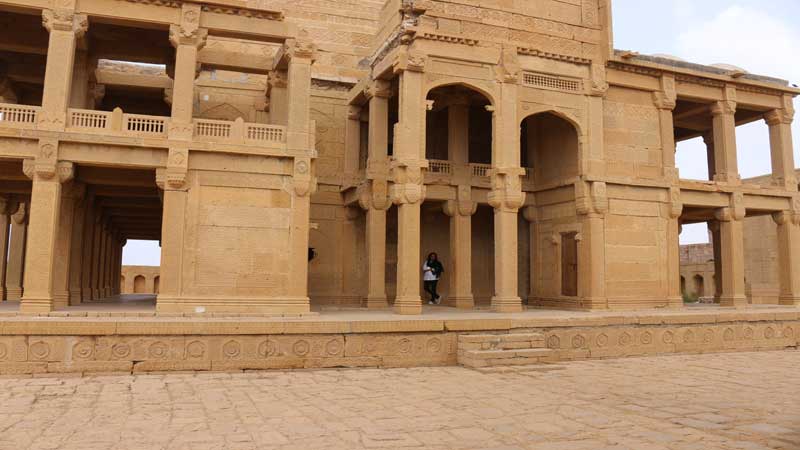 Makli attracts various people towards its majestic heritage, consisting of a large burial ground with long graves and a necropolis with attractive arts, that need attention to be conserved, restored and preserved.

Hence the Culture Tourism and Antiquities Department has taken some very constructive steps to defend monuments from environmental degradation by introducing the Makli Shuttle Service for tourists and visitors. This will save monuments from toxic vehicle emissions.

The department further revealed that a tourist-friendly environment will be created in Makli. There will be fortnightly heritage walks in order to create awareness and importance among the general public about Makli’s monuments.

Apart from its restoration, facilities should also be provided to the tourists at Makli Hill, said the authorities, adding that booklets and brochures must be given to the tourists on their arrival.

As far as the Makli regress report is concerned, The main entrances to the site have been staffed for the blockage for entry of heavy vehicles, the crack monitors have been installed on most of the fragile monuments and remaining will be done shortly. The State party has started the work of barrier wall and the same had been completed.

It was result of the popular continuance of the custom that Britishers felt bound to take on the restoration works on Shahjahani Masjid, Thatta and Mirza Essa Turkhan’s Tomb at Makli, in follow up of such earlier bid by Mir Fateh Ali Khan Talpur. Many moon ago, the Archaeological Survey of India (ASI) after its creation undertook restoration of selected historic monuments and they developed a plan of conservation.

Apart from its restoration, facilities should also be provided to the tourists at Makli Hill, said the authorities, adding that booklets and brochures must be given to the tourists on their arrival

The luxury of Government of Sindh with the matters of Culture started quite early in Sindh, compared with other provinces.

Second Hakim Jam Nizamuddin alias Jam Nindu was shifted its center from Debal (Bhanbhore) to Thatta. One of the first tombs in Makli is that, built in a unique style.

Mirza Isa Khan Tarkhan’s tomb in Makli is unique in magnitude, breadth and height. The tomb also has the graves of other members of his family. 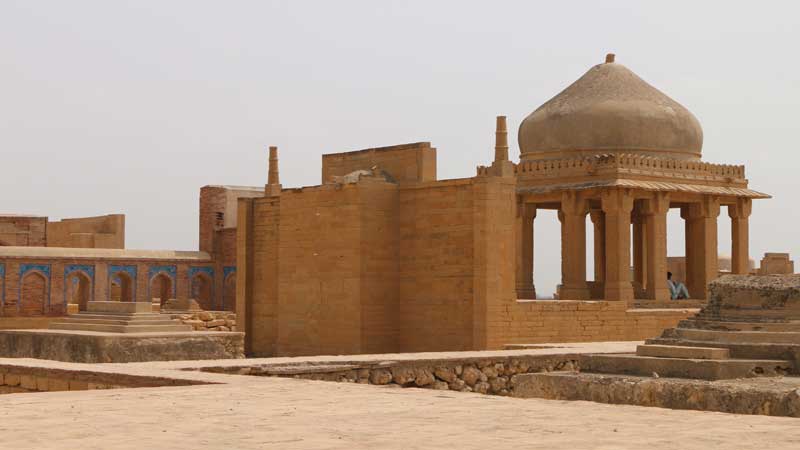 The Sindhi Adabi Board did great service for Sindh’s Literature and History, the Museum at Hyderabad bravely sustained change of fate, and it is therefore in seventies a cell was customary in the Education Department to look after the issues of culture.

A visitor said that now the Makli hill is facilitated; visitors are given packages, foods at Autaq Cafe, Darbar Hotel and Food Qila are the very yummy.

Achar Khaskhali expressed that the department should also show concerns that there is a souvenir shop, but there must also be a book stall with all the published material on Makli placed therein adding that it would be the best in preserving build heritage.

In 2014, the US sat to spend over $260,000 on restoration of Makli Hill tombs, but question is that, how on earth the conservations are still being done, on this good budget, all the must have been rebuilt or reconstructed and good steps are being taken for conservation and preservation of this precious and antique heritage.

Manzoor Ahmed Kanasro DG Heritage told that in the beginning of the year, a two-member reactive mission of the United Nations Education, Scientific and Cultural Organization (UNESCO) sat visiting the Makli necropolis next week to ascertain whether the 15 recommendations of the UN’s specialized agency for better maintenance of the heritage site were implemented or not, however the World Heritage Site faces risk of losing endangered status.

“There was agreed to strictly implement the recommendations including stopping fresh burials in any part of the necropolis, including that the measures for early completion of the necropolis’s exterior border and strengthened security at the site as well”, said Manzoor Kanasro

However, a visitor while talking to Daily Times said that newly burial has been taken to the Makli cemetery, which can’t let it be on its original condition.

“Authorities must get serious about the issue,” he lamented.