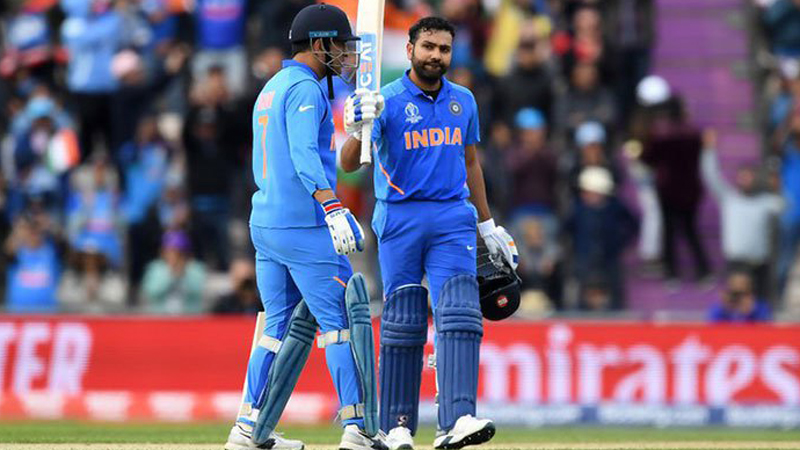 One-day big hitter Rohit Sharma will stake a claim to become India’s first-choice opening Test batsman when they start a series against South Africa on Wednesday looking for a record-breaking win. Victory in the three-match series would see India break the record of 10 straight home series wins they currently hold with Australia. Much focus in the first Test in Visakhapatnam will be on the 32-year-old Sharma — a star of India’s limited-overs teams as well as skipper of the Mumbai Indians who won this year’s Indian Premier League Twenty20 tournament.

Sharma has not been a Test regular, however. The last of his 27 Test caps since 2013 was in Australia last year. He now has a new chance, replacing the out-of-form Lokesh Rahul, as the opening positions remain a problem for India. “He has worked so hard and if he gets an opportunity, I am sure he will do well,” vice-captain Ajinkya Rahane said of Sharma. “We all know the quality he has. He is simply special.” The new Sharma experiment has had a disastrous start, however — he was dismissed for a duck on the second ball he faced in a practice game against the South Africans.

Natural runs: India batting great V.V.S. Laxman said Sharma needs to stick to his natural flair while opening in the longer format. “If you tweak your natural game too much, then you will not get the results as your mind gets cluttered and you tend to lose your rhythm,” said Laxman, a middle-order batsman who was forced to open for India. “I can admit that my flow was affected when I opened. Rohit is a rhythm-based player and if his touch gets affected, then it will be difficult.” Virat Kohli’s India registered their 10th home series win with a 2-0 sweep over the West Indies last year. They have not lost a home series since 2013.

India will be without premier paceman Jasprit Bumrah because of a stress fracture of the back, but the hosts are still favourites against an inexperienced South Africans led by Faf du Plessis. This will be South Africa’s first series since the retirement of Hashim Amla and Dale Steyn last month. Former captain Amla was the Proteas’ second-highest Test scorer with 9,282 runs. Steyn was the nation’s leading Test bowler with 439 Test scalps. In the new squad, fast bowler Anrich Nortje, wicketkeeper-batsman Rudi Second and left-arm spinner Senuran Muthusamy are all uncapped. Vernon Philander, who took Sharma’s wicket in the three-day practice match, is confident of a good show in South Africa’s first game in the World Test Championship.

“The spotlight will be on a lot of big players to make a statement. Our job is to come here and give the first punch as India is obviously expected to do well,” said Philander. Kagiso Rabada will spearhead the pace attack for South Africa who beat India 2-1 in a home series last year. India won a four-match series 3-0 with one draw when South Africa last toured in 2015.