* One day, one of my friends asked me, 'Why do you read literary books? What do they teach you?' 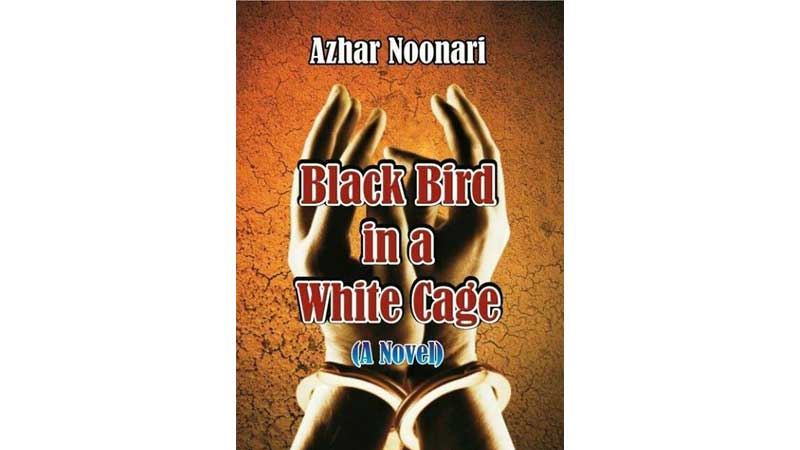 Literature is a mirror of life. We can see the bevies of beauties and feel the heightened situations when we go through. Every genre of literature open new horizons of creative world and make the reader aware of the novel and novice vistas of life troubles, griefs and tribulations.

One day, one of my friends asked me, “Why do you read literary books? What do they teach you? I just simply answered I don’t know why I read these literary books and what they teach is quite unknown. Ofcourse I just can say I learn how we people live in our internal worlds? How dreary our lives are but we pretend to be happy. Yes these books teach me how to talk, walk and realize my ignorance. Literature is divided mainly in three important figures: poetry, drama and fiction. Further in subheadings it has too many kinds and classification which are not our topic of discussion right now.

If we talk about this novel – the long lengthened narrative story, it fathoms the philosophy of life, which is quite complex and is still a riddle. Like William Shakespeare says, “Life a brief candle, a poor player, that frets and struts an hour upon a stage and heard no more. It is a tale told by an idiot, full of sound and fury, signifying nothing.”

In the field of indigenous literature we have finger count names who have been writing in a second language or English. Amongst them the few names are worth mentioning as Bapsi Sidva, Muhammad Hanif, Kamila Shamsi, Fatima Bhutto, Zulifqar Ghous, and Saira Ahmed Tehnmina Durani etc who have written novels in English. This we can call Pakistani fiction. The research in Pakistani English is still at beginning level. However, as according to Braj kachru now it has become world Englishes. Now we must own it’s our English. Whatever we write we put in the mould of a language that’s internationally accepted, nonetheless we must come out of this debate that this language really belongs to.

The delightful piece of fragrance is this, that one young writer from interior part of Sindh Pakistan debuted with one of the excellent novels which he wrote in English. That crazily attracts the reader who knows the values of letters. He is Azhar Noonari a young lad from Sukkur the second largest city of province Sindh.

First of all he is richly congratulated for writing such great novel in English language its “Black Bird in a White Cage”.

This novel is prelude of the magical realism. While reading the novel you wouldn’t feel you are reading a fictional work but a biography. The writer has ceased all the five senses of the readers.

He has knitted the story on the multiple themes of love, lust, greed, bribery, nepotism, red tapism, dishonesty, corruption in upper class, joblessness frustration of youth. Statuesque of our society rampant like an incurable ailment.

Above all the one central story the novel has been stuffed with too many digressions which, while reading sometimes creates boredom. But to keep pace with the reader the writer has used the technique of parallel narration. Which keeps the freshness of writing intact? In parallel narrative technique I’ve recently finished novels of Elif shafaque’s forty rules of love and zafar Junejo ujh myo brann.

Instead of all there are a number of novels written in this frame.

The black bird in white cage is bridged on three parallel storyline Dildar, Shahyar and Raza respectively depicting the cities of Sindh Sukkur, Larkana and Hyderabad.

These three friends while studying in Jamshoro, the magic of love and revolution creativity laboratory – the University of Sindh. But writer has not eulogized so much so that the ideal fragrance of university life has remained very obscure.

The aftermath of university life has been made the point story flow.

The portrayals of female characters are shown realistic of their height. The vulnerability and feebleness of these female characters is the talk of town to our repressed societies. Wherever one can’t dream anything that can turn true. Sometimes over idealism and mountainous expectations make one succumbed to the ruin in the lurch and the character of Aiman has sizably made the impression like that.

She is in search of an ideal money monger character but inescapably trapped in Shaharyar’s greed. And she is being raped time and again in the whist of being wed to shahyar.

Aiman ignores Dildar because he spoke the truth to her and would like to marry her but being only the clerk of revenue which Aiman dislikes.

If we talk about this novel — the long lengthened narrative story, it fathoms the philosophy of life, which is quite complex and is still a riddle. Like William Shakespeare says, ‘Life is a brief candle, a poor player, that frets and struts an hour upon a stage and heard no more. It is a tale told by an idiot, full of sound and fury, signifying nothing’

The other female characters like Jannat, shehla, Aisha have their own world to explore. The character of Jannat is the identity card of our village young girl. Who dreams but it changes into a nightmare.

The scene of jannat being killed in the name of so called honor killing, that’s hair rising. This and many other relevant stories to women folk expose the deplorable plight of women of this part of the planet.

The uncle of Dildar has tried to create humour but his proverbial talks left him as astute character of the novel. This novel is the story of oppression, suppression and exploitation. The battle between upper class and lower middle class has been fought excellently well. The face of oppressor has been veiled under the garb of religious persona. The oppressed are always looted and ditched in the name of fate.

The writer has gone very much successful while depicting the police department as the fort of corruption, exploitation and criminality. The Thana culture is too dirty to bring in discussion. The SHO or ASI is the demigods of the world of suppression. The lord and Nawab who retain the interior part of Sindh as their forefathers’ chattel or constituency they have made the lives of poor as worst as possible. The remainants of postcolonial can be traced by the language used by the police station personnel in the novel.

The brothel scene and the whole night long coupling with the whores by the head policeman is one of the manifestations of ours Thana culture.

However, the writer has given beautiful names to the sex workers as pleasure women. To some extent he is very right because we have banned everything that gives pleasure for those who are called middle class while the more luxurious lives are enjoyed by the class who retains the power.

The character of Dildar seems innocent and can be called as a hero but he has been crippled by the circumstances. He becomes helpless when the time defiance comes. He lacks the prowess which he deserved or may be the hero of this time has been so low energy that he yields before the problems. It is appreciating when he maintains pragmatic diary. Words, whose meaning always in paradox. The novel has very insightful beginning and crying ending.

Somewhere reader feels or it may be in my case the element of boredom: The unedited long lengthened narratives of many situations. The use of verbose and very difficult vocabulary makes the novel not so much reader friendly. It’s hoped that this shortcoming will be curtailed in next editions.

On the whole, it’s a great novel and a laudable edition to English literature by a writer who belongs to the far flung areas of Sindh, Pakistan. But like Wugi Wathigo, we must write our problems, issues, happiness and cries in English and let that erase the dominance of only English writers.

The writer is an assistant professor at Mehran University of Engineering & Technology. He can be reached at shoukat.ali@faculty.muet.edu.pk