Men’s road race set to be war of attrition 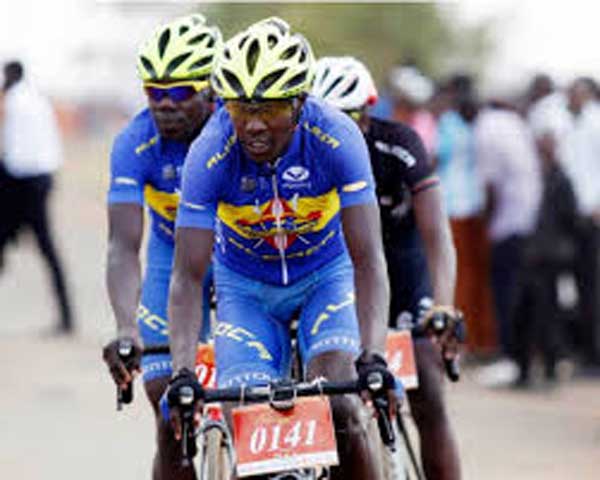 HARROGATE: Driving rain and strong winds are set to make Sunday’s climax to the UCI Road World Championships a battle for survival between the hard men of the peloton in what is already the longest men’s world road race for more than 40 years. Organisers are keeping a careful eye on the elements ahead of the 280km trek which starts in Leeds and concludes with seven circuits of a rollercoaster-like circuit around Harrogate which alone comprises 1,507 metres of the day’s 3,845m total ascent.

With up to 50mm of rain predicted and weather warnings in place, leading favourites such as Slovakian three-time winner Peter Sagan, Dutch all-rounder Mathieu Van der Poel, Belgian Philippe Gilbert and 2018 winner Alejandro Valverde face one of their toughest days at the office to claim the rainbow jersey. Britain’s medal hope Ben Swift, whose support riders include 2018 Tour de France winner Geraint Thomas, knows a thing or two about the fickle Yorkshire weather, hailing as he does from Rotherham, and he is relishing the expected deluge. “I tend to go well when the conditions are quite bad and when it’s a long hard day,” the Team Ineos man said. “My first San Remo I was third and that was some of the worst conditions we’ve ever had. I like those miserable sort of days.” Welshman Thomas has ruled himself out of going for gold himself — a consequence of a mentally draining 15 months which saw him win the Tour and come second this year — but he is ready to ride himself into the ground to support his team. “I know it’s not going to happen (for me) no matter how much I might want it to,” Thomas said. “But I know I can still do a job in the road race. It’s going to a solid race, especially if the weather is a bit grim. The finishing circuits are tough. It’s going to be super attritional.”

Big guns: After a crash-filled men’s under-23 road race in the rain on Friday, it will be a case of the big guns staying upright to put themselves in the frame for the climax around Harrogate, where thousands of fans will be lining the streets. Many will be cheering for the six-man British contingent which also includes Adam Yates and Ian Stannard, but the Dutch and Belgian fanatics will be roaring on Van der Poel and Gilbert — two riders who appear made for the course. Van der Poel sent shockwaves around the peloton when he won the Amstel Gold classic this year with an audacious late chase of French showman Julian Alaphillipe, another rider with the skill set to claim the gold on Sunday. The flying Dutchman survived everything the British climate could throw at him when winning the Tour of Britain this month and few would bet against him adding the world road title to the two he already has in cyclo-cross. “I think I’m among the few guys who can definitely win the race,” Van der Poel, who believes a bunch sprint for gold is unlikely, told reporters. “I think it will be a nice race to watch — but maybe not so much for the riders.

“It’s going to be a hard, nervy race.” He will have top class support from the likes of Mike Teunissen, Bauke Mollema and Dylan van Baarle while Belgium’s Paris-Roubaix winner Gilbert heads a quality team, including Olympic champion Greg van Avermaet and teenager Remco Evenepoel, last year’s junior champion. “Experience is important, but legs are key because it’s just such a hard course,” the 37-year-old Gilbert said. “I think first of all you need to be strong and then you can use your head and your team in the finale.” Mercurial Slovak Sagan is bidding for a record fourth world road title on a Belgian classic-type course that suits his style while Alaphillipe will provide the fireworks if he is in the hunt on the last few 14km circuits.