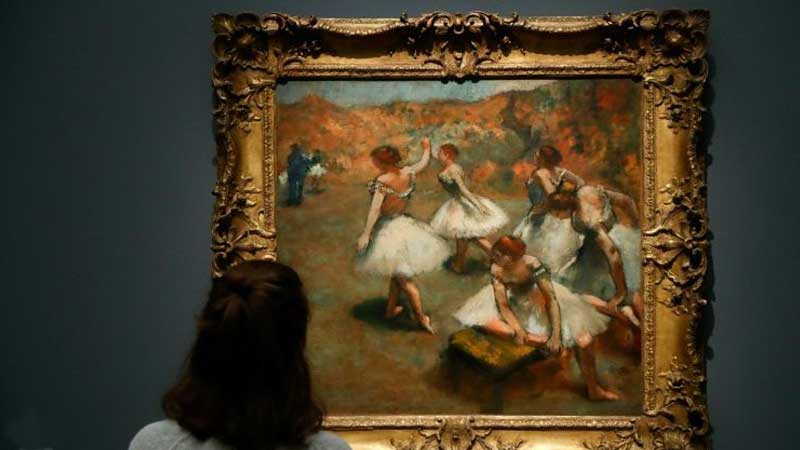 It has always been assumed that Edgar Degas worked in the wings and rehearsal rooms of the Paris Opera to produce his staggering pictures of its dancers. But, like the ballets themselves, it turns out that his behind-the-scenes masterpieces were a brilliant illusion.

“All his scenes of the Opera are phantasmagoric,” said Henri Loyrette, former head of the Louvre and Musee d’Orsay in Paris.

A huge new show at the Orsay put together by the French art historian reveals that Degas hardly ever sketched in the theatre, never mind backstage.

While “the painter of dancers” haunted the opera and its ballet for nearly 40 years, drinking in all the glamour and the grime, the socially awkward introvert remained mostly in the shadows.

It was from there that he observed dancers and their predatory “patrons” as well as the mothers who often pimped their daughters to rich and powerful men, Loyrette said.

In fact, experts cannot find any evidence that Degas got a backstage pass until later in his life.

Instead he created “his own Opera… through the filter of memory and his imagination” back in his studio, Loyrette told AFP, hiring the opera’s dancers — its “little rats” as they were called — as models.

His genius was to give the impression you are there, witnessing reality, said Loyrette, chief curator of “Degas at the Opera”, which opens Tuesday.

‘I am a little ashamed’

“Things that seem truer than nature were completely invented,” he added, constructed from moments the wealthy Degas witnessed from his box or front-row seat.

Degas admitted as much himself in a letter to a friend: “I have done so many of these dance examinations without ever seeing them that I am a little ashamed.”

“Even if he didn’t go into these spaces he creates a reality that feels so true and honest that it becomes reality,” said co-curator Kimberly Jones, of the National Gallery of Art in Washington DC, where the show will transfer next March.

While his Impressionist peers painted in front of the action, Degas scorned their attempts at realism.

“We see what we want to see,” the artist wrote. “It’s false, and that fakeness is art.”

Yet his unflinching depictions of the dancers and how they suffered for their art caused a scandal at the time.

His hyper-realistic sculpture of the “Little Dancer Aged Fourteen” — whose subject Marie Van Goethem probably went straight from the stage to the brothel — was condemned as “frightfully ugly… and marked by the hateful promise of every vice.” Jones said that it was clear from his work that Degas respected the dancers’ sweat and sacrifice.

While other rich men tried to use them as sexual playthings, Degas “was a gentleman, never rude or crass. He wasn’t pinching their bums, it was always very professional.” 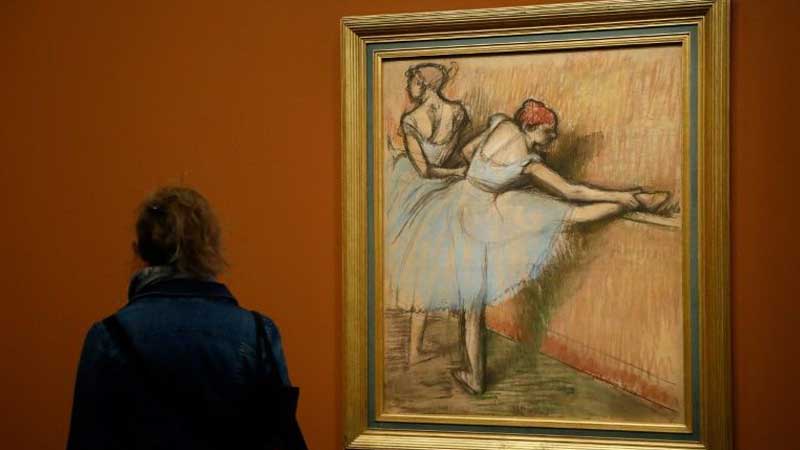 Predators in the wings

If they had any complaint it was the long hours they had to spend before his easel and sketchpad so he could immortalise every gesture and detail of their tortured bodies.

Often dismissed as a misogynist who had a “scorn and loathing” for women, co-curator Marine Kisiel believes that Degas may have cultivated a forbidding front “so he would be left alone”.

In fact, he had a long record of treating female artists like Mary Cassatt and Berthe Morisot as equals, of even championing them, she said — “something that could not be said of most of his contemporaries.”

Degas’ “depiction of the dancers shows an uncommon regard for the female body and for their lives. He shows them with their predators and unmasks” the trap many found themselves in, she told AFP.

Jones said that today Degas might be regarded as “asexual or demisexual”.

“I don’t think sex was very important for him. He put all his passion into the art.

“He was a difficult person, and he could be cruel. But he wasn’t so much a misogynist as a misanthrope,” she added. “He did have close relationships with women and counted many in his circle of friends, but there wasn’t a physical component to it.”

Having dedicated most of his life to the Paris Opera, Degas appears to have quit it forever in 1892.

Although he never liked its gilded new Belle Epoque home in the Opera Garnier, it was the “Sturm und Drang” of Wagner’s operas that drove him away, Loyrette reckons.

“He was quite patriotic and Wagner had said some not very nice things about France during the Franco-Prussian war” of 1870, which Germany won.

But even as he lost his eyesight, the opera remained his great theme, the historian said, and it “haunted his work till the end”.

“The opera was to Degas what Tahiti was to Gauguin,” he said.