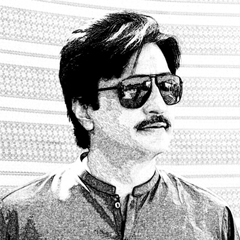 Eye in the Sky

Well before our Prime Minister’s speech on 27 ,September in UN General Assembly, Supreme Court of India’s decision about Kashmir curfew turned the situation in IHK. it is anticipated that there will be no curfew in Kashmir when PMs of India and Pakistan will be addressing in UN General assembly.

To restore normalcy, Indian Supreme court passed verdict that Indian govt rescind ban on movement of Kashmiris people in IHK. Undoubtedly our Govt prudently tackled political, diplomatic, and humanitarian fronts but their shelf life cannot maintain longer adequacy. The international community is quite used to losing interest of focus moves its crosswire to developments in Middle East or elsewhere. Hardly during two weeks, our region and international arena witnessed fast switching events. The astounding array of events like US and afghan Taliban talks stalled for now, visit of chinese foreign minister and deputy chairman of military commission, a quick visitation of foreign minister of KSA and UAE, and presence of CENTCOM commander in Pakistan.

On the other hand substantially China has announced huge investment in Iran under protection of five thousand strong Chinese force. Moreover Saudia oilfields are attacked by cruise missile and Israeli PM has announced to annex Jordan valley after winning its elections. Once again we are in fight to immaculate ourselves before FATF and trying to wriggle out of grey list. While it is heard that FATF have stipulated for irreversible conviction of heads of some proscribed jihadi organizations. Once again President Donald Trumph is with offer of mediating role on Kashmir issue. Who else can deny hooks of all these developments?

Optimistically we cannot distrust our political and military leadership. No doubt they are quite capable to haft these unusual developments with their professionalism, heedfulness and dauntless counter response. Nevertheless, blistering changes of our domestic situation is going to bleak every coming day including chaotic governance, and political persecution is now a stigma for present govt. correspondingly, institutions like NAB, FIA are tooled for arm twisting, witch hunting of political opponents. The govt. from federal to municipality is ostensibly in-efficient and seems polarized even on national issues due to this mindset.

It is plaintively evident that incompetent and inefficient people are running the show on national and provincial level. Law and order situation is precarious especially in Punjab and Karachi. Due to Govt’s negligence and inefficiency Dengue virus again surfaced in whole Pakistan. This deteriorating situation on every front require instantaneous measures rather to be entangled in trivial matters.

IK must be advised to replace his governance team and adopt unified approach on Kashmir issue which unfortunately could not be acquired due to govt’s involvement in political wrangling. Now morale of Kashmir freedom movement is monumental that should not be compromised at any cost otherwise mishandling these sprouting events will engulf Pakistan .IK must know that state is more precious than government.

It seems that we have turned our faces again towards Russia and china to resolve Afghanistan issue when U.S stalled peace talks with Taliban

It seems that we have turned our faces again towards Russia and china to resolve Afghanistan issue when U.S stalled peace talks with Taliban. Russia, Iran and china have undeniably pivotal role for peace process in Afghanistan but U.S is in fact a key player in Afghan peace process as his forces are fighting with Taliban. Previously Pakistan couldn’t put conditions about Kashmir issue and Indian role in Afghanistan before U.S but now its golden chance for us to put these demands before other round of peace talks with afghan Taliban.

We are still fall in FATF grey list and hardly evaded to be blacklisted by conceding strict conditions while apparently US influence in FATF was in our favor. in response to our support and efforts of peace talks between Taliban and U.S it was our right to be facilitated by U.S in FATF meeting and on Kashmir issue but we have been left in lurking condition.

Trump’s offer to mediate on Kashmir issue must engender in solid form. Emerging situation in middle east can outflank Pakistan’s position within no time. We must avoid to be part of the war between proxies and stooges. We must recollect reactions of our friends in Middle East on Kashmir while voicing on Saudi oilfields attacks. Our PM condemned this attack in a meeting with crown prince Shah Salman but he should not forget about Iran’s appreciable stance on Kashmir. Our “BROTHERS” in Middle East essentially be treated at par due to their attitude on Kashmir.

The brutality and viciousness of Indian occupation in Kashmir is in fact a humanitarian issue. In living world ” ummah” does not exist if economic interests are not present between two states. Internationally, The paucity of this word” Ummah” or its alliance have no substance. Even though our Islamic history narrates explicitly how this “Umah” remain divided in to three caliphates(Fatmids, Abassides and Ummayids)along with other kingdoms in subcontinent and central Asia. And how these so-called saviours of “Umah” cut throats of each other and their masses with the help of so called enemy empires. This day and age, Indian atrocities are exposed to the world so amnesty international, other human rights agencies and Secretary General of UN has raised their voices. We as Pakistani, keeping in view our geo strategic position have to come forward with some concrete agenda against the inhumanness in Kashmir. PM IK must remember that “defending of Azad Kashmir” mantra will not serve the purpose but whole Kashmir is his responsibility as rightly mentioned by Azad Kashmir PM in parliamentarian conference. This issue require utmost attention on humanitarian basis instead religious. it is wisely said that “The tiger, the lion may be more powerful but the wolf does not perform in the circus”. Now it’s all up to you Mr. Prime Minster.