During its last lunar day of exploration, China’s moon rover, Yutu-2, stumbled upon a strange, “gel-like” substance in the middle of a crater. Chinese lunar scientists were confused but there were suggestions the material was created by a meteor impact which caused melt glass to be left behind.

In a recent social media update, picked, Chinese scientists detailed their mission to the crater to study the strange substance. Unfortunately, a comprehensive understanding of the unusual substance remained indefinable during a first pass, as the 2-meter wide crater was draped in shadow.

On Yutu-2’s last exploration day (a 14-day cycle on the moon), it again examined the site, this time with a little more dare. 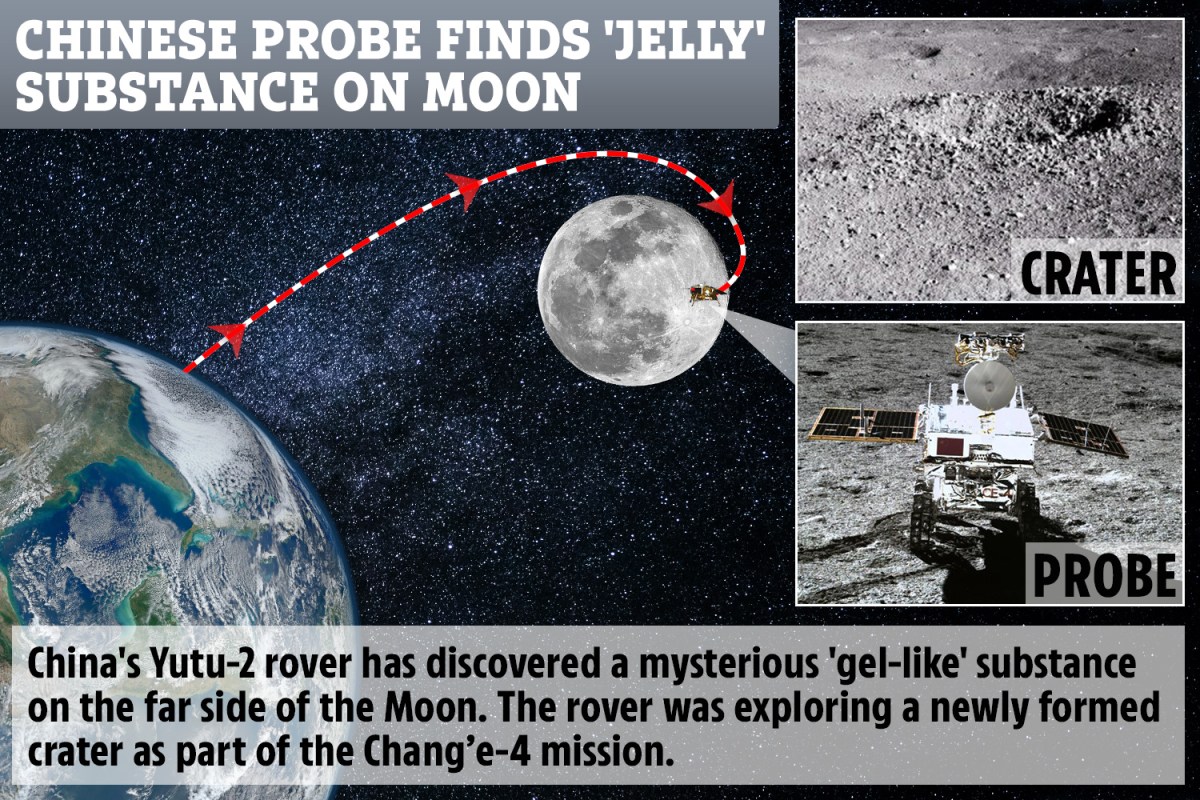 On the second attempt, Yutu-2 got closer to the crater to give the scientists the best chance to detect with the onboard spectrometer. The risky manoeuvre was hotly debated by the science and driver teams, according to the social media update, but in the end, it seems to have paid off. A piece of the material was detected but lunar program scientists are yet to reveal what, exactly, they found.

Notably, the surface of the far side of the moon has remained out of reach for human explorers but Yutu-2’s been doing a bang-up job of providing Earthlings with excellent panoramas of the desolate plains. The rover, the first to explore the moon’s far side, touched down on the lunar surface in January this year and will continue to explore, with its 11th day of exploration beginning Sunday, Sept. 23, and lasting for the next two weeks.