The so called hostage theory

It is an article of faith with Indians – entirely ignorant of historical facts- that Pakistanis propounded the so-called hostage theory i.e. minorities on both sides would be hostages to the good behavior of their co-religionists where they were in a majority. It is an incredible historical fraud to claim that Pakistanis propounded any such theory at any point. What was suggested was that majorities on either side would be more sensitive about the rights of minorities in their own state given that they had co-religionists on the other side. Another corollary was that there would be a super constitution of India above Hindustan and Pakistan that would ensure minorities’ rights in both countries. In a way that second bit did come true with the Liaquat-Nehru Pact.

It is incredible hypocrisy on part of the apologists for Congress to decry two nation theory when it was applied so maliciously and ultra vires its original spirit by the Congress. By 1947 Congress had become Hindu-Mahasabha’s B Team

The part that is often forgotten is the last paragraph of the Lahore Resolution: “This Session further authorizes the Working Committee to frame a scheme of constitution in accordance with these basic principles, providing for the assumption finally by the respective regions of all powers such as defense, external affairs, communications, customs and such other matters as may be necessary.” This envisaged one constitution for all of India, which then would provide for the assumption of powers such as defense, external affairs, communications, customs etc. Very few writers have appreciated the significance of that. Even if we were to argue that assumption finally by respective regions meant an eventual creation of nation states, it still held out the promise of a single political union of India, which would be able to set out a plan for such eventual devolution.

In contrast idea of one man one vote democracy that Congress had been promoting was in very real terms a recipe for Hindu majoritarian rule. Even with reserved constituencies, Muslims only 79 seats while Congress could rely on 292 or so. Dr B R Ambedkar – the principal author of the Indian constitution- on 25 November 1949 expressed the issue with one man one vote democracy perfectly when he said: “On January 26, 1950, we are going to enter into a life of contradictions. In politics we will have equality and in social and economic life we will have inequality. In politics, we will be recognising the principle of one man-one vote and one vote-one value. In our social and economic life, we shall by reason of our social and economic structure, continue to deny the principle of one man-one value.” This was the problem. Without having eradicated the majoritarian impulse of the Hindu majority, any recourse to one man one vote would actually mean brute Hindu majority rule. This was the fear that had turned the Best Ambassador of Hindu Muslim Unity – Jinnah – to a champion of the Muslim demand. Lahore Resolution provided the best way out. So did the Cabinet Mission Plan of 1946 which was vetoed by Congress. Majority rule without any safeguards meant Hindu Raj and that was unacceptable. Only gerrymandering of the subcontinent and a confederation of India on the basis of Hindustan and Pakistan would have preserved a multicultural secular inclusive Indian Union. Such a multicultural and secular inclusive Indian union would only have formed if there were mutual safeguards. In time the Indian union could have gone two ways – a complete separation or a closer union but either way the outcome would have worked.

Ironically it was the Congress that insisted on the application of two nation theory to provinces of Punjab and Bengal. It was Jinnah who argued that a Punjabi was a Punjabi before he was a Hindu or a Muslim or a Sikh. That did not stop Congress from perverting the whole idea of Two Nation Theory – a consociational equipoise- into a recipe for complete and utter disaster. It is incredible hypocrisy on part of the apologists for Congress to decry two nation theory when it was applied so maliciously and ultra vires its original spirit by the Congress. By 1947 Congress had become Hindu-Mahasabha’s B Team.

Finally it must be stated that Jinnah’s pronouncement of 11 August 1947 was clear that the issue of citizenship would not be dependent on any external consideration. Pakistan meandered away from that vision but the only way Pakistan can become a successful project is by harking back to Jinnah’s 11 August speech. 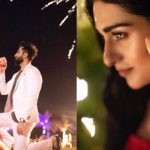 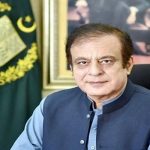 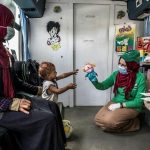