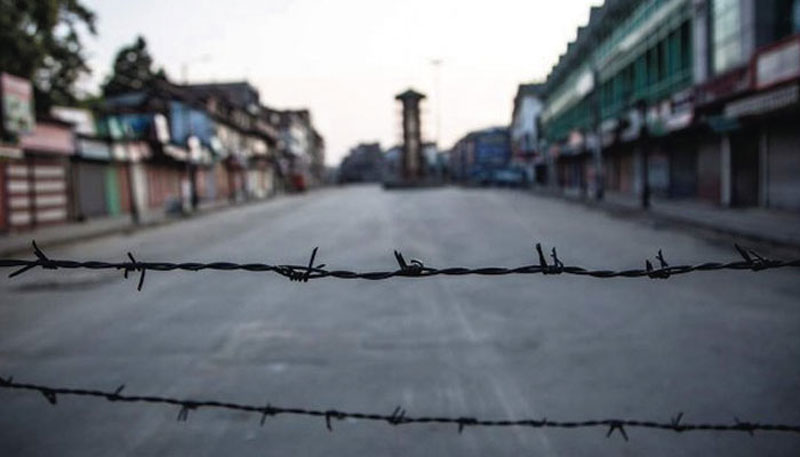 Indian-held Kashmir (IHK) remained under strict military siege on the 48th consecutive day on Saturday with more than 10 million people cut off from the entire world under the Modi regime, which had on August 5 unilaterally abrogated articles 370 and 35A of the Indian constitution via a rushed presidential decree, stripping Kashmiris of their special rights.

Forcefully tightening its grip on the Himalayan region, India has been violating basic human rights, including freedom of speech and expression, besides barring Kashmiris from performing religious rituals and activities, fearing that these gatherings could turn into anti-India demonstrations.

India has restricted Muslims from offering Friday prayers at Srinagar’s historic Jamia Masjid and other big mosques of the valley.

Indian troops have been using pellet guns, canes and teargas shells on the rallies, injuring dozens of protesters so far.

Communications’ blackout, Internet and mobile services’ suspension, closure of TV channels and stringent curfew have brought life to a standstill, with all markets closed and public transport off the roads since August 5. Around 50,000 public transport vehicles are grounded while the train service is suspended for more than a month.

Over 10,000 Kashmiris and hundreds of political leaders and workers, including Mirwaiz Umar Farooq and Muhammad Ashraf Sehrai, continue to remain under house arrest or in jails. United States President Donald Trump will meet Prime Minister Imran Khan tomorrow (Monday) and Indian Prime Minister Narendra Modi on Tuesday in New York on the sidelines of the 74th session of the UN General Assembly.

Meanwhile, Chinese Ambassador Yao Jing on Saturday said that Kashmir was one of the issues the world had failed to resolve and that it needed immediate resolution.

Addressing the audience at a seminar held to observe the 70th Anniversary of Peoples Republic of China, Ambassador Yao Jing said that China and Pakistan were partners and friends and this bond would get cemented by each day passing.

Speaking on the occasion, Acting Speaker of National Assembly Qasim Suri said that Beijing’s support over forced Kashmir annexation by India had added a new feather into Pakistan-China friendship.