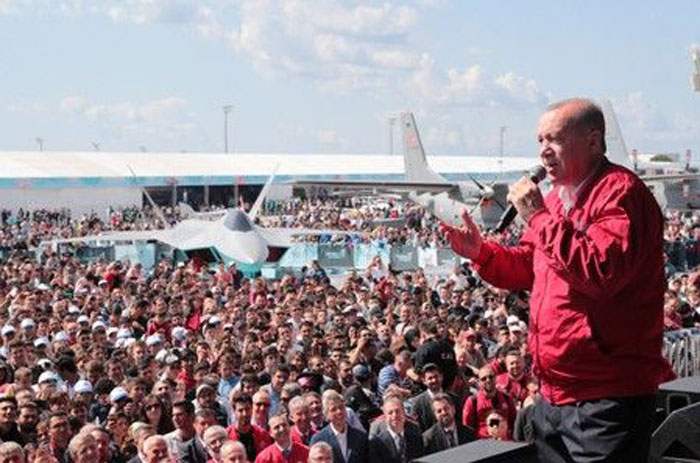 Turkey is ready to act on its southern border with Syria, President Tayyip Erdogan said, after warning that it could take unilateral steps if the US does not establish a “safe zone” in northeast Syria this month.

“Our preparations along our borders are complete,” Erdogan told reporters in Istanbul on Saturday before departing to attend a UN General Assembly meeting.

NATO allies Turkey and the US have started joint land and air patrols along part of the border strip, but Ankara says Washington is moving too slowly to establish a sufficiently large safe zone to push Syrian Kurdish forces from the border.

Turkey has been angered by US support for Kurdish-led forces which fought Islamic State in Syria. It considers the Kurdish YPG fighters a terrorist organisation and wants them removed from more than 400 km (250 miles) of border.

The YPG-led Syrian Democratic Forces has said they will pull back up to 14 km in some areas. Turkey says the US had agreed that the “safe zone” should extend 32 km into Syria.

Erdogan reiterated complaints over US support for the Kurdish fighters, saying Washington was providing them with arms.

“We have no wish to come face to face with the US” he said. “However, we cannot afford to overlook the support that the US is giving to a terrorist organisation.”

His comments about border preparations came a day after two security sources said doctors have been stationed in southern Turkish provinces to prepare for a possible incursion into Syria.