Murad Ali Shah will remain CM even if arrested: Kaira 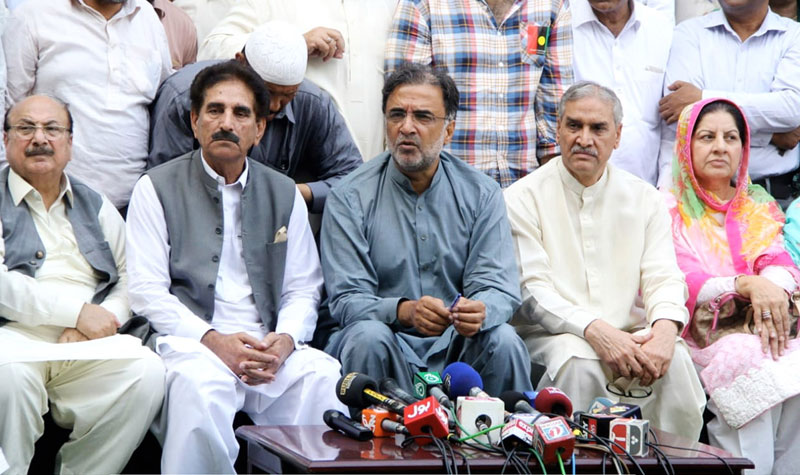 Pakistan People’s Party (PPP) senior leader Qamar Zaman Kaira on Saturday said that corruption was just a mere excuse whereas the Sindh government was the real target, and added that Sindh Chief Minister Murad Ali Shah would remain the CM even if he was arrested.

Taking to media, he expressed that every class of the country was in trouble. PPP stalwart Khursheed Shah was arrested as a case of Rs500 billon and properties was fabricated against him, he added.

He continued saying that former President Asif Ali Zardari was accused with billions of rupees of corruption whereas the matter was about only Rs 150 million in the end. “My relatives are being harassed as well, but we have fought the Marshall so we won’t leave party that easily,” he added.

The PPP leader asked if there is not any corruption case in Punjab. “Why is media focusing only on Sindh? Has Malam Jabba case isn’t important anymore? Regardless of the cases, it seems like all of the punishment has befallen on Sindh” he added. He asserted that the Sindh government won’t fall like this.

Qamar Zaman Kaira said that they condemn the wrongdoings happening in the country on the name of accountability. “Government is targeting our and the leadership of opposition”, he added. “It has been more than a year and Dr Asim case has yet to be looked upon”. He emphasized that the downfall of Sindh government isn’t a child’s play.

He further said that the Chief Justice of Pakistan (CJP) Justice Asif Saeed Khosa is also raising voice on the condition of Pakistan.

The PPP senior leader said that those who were in the favor of Indian Prime Minister Narendra Modi have left the matter of Kashmir hanging.