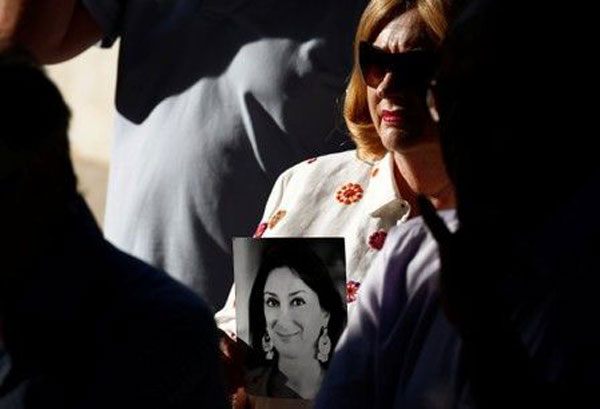 The family of murdered Maltese journalist Daphne Caruana Galizia has protested over the composition of a board set up by the prime minister to conduct an independent public inquiry into whether the government could have prevented the killing. Caruana Galizia, an anti-corruption journalist, was killed by a car bomb outside her home on Oct. 16, 2017. Three men have been charged with the murder and are due to stand trial, but the police are continuing their investigations to establish who the real mastermind was, and the motive. The inquiry was requested in a resolution by the parliamentary assembly of the Council of Europe in June. The inquiry board is formed of retired judge Michael Mallia, lawyer and constitutional law expert Ian Refalo and former forensics expert Anthony Abela Medici. The Caruana Galizia family in a statement requested a meeting with the prime minister to discuss its concerns, saying the board would be unfit for purpose if the public had reasons to doubt about its independence or impartiality.