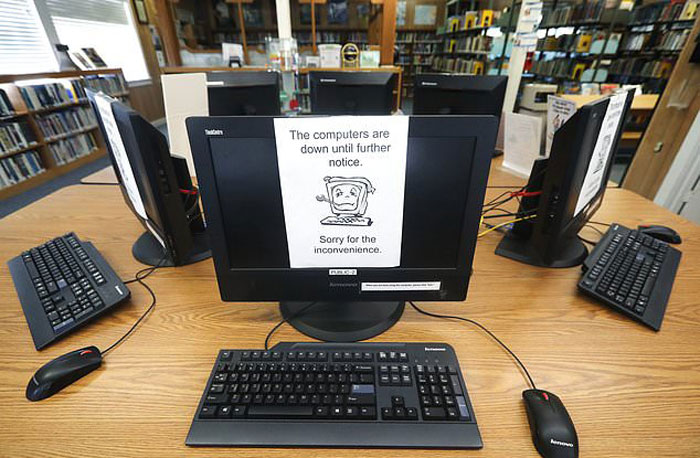 The call came on a Saturday in July delivering grim news: Many of the computer systems serving the government of LaPorte County, Indiana, had been taken hostage with ransomware. The hackers demanded $250,000.

No way, thought County Commission President Vidya Kora. But less than a week later, officials in the county southeast of Chicago agreed to pay a $132,000 ransom, partially covered by $100,000 from their insurance provider.

“It was basically an economic decision,” Kora said. “How long do you keep all these employees sitting, doing nothing? Whereas if you pay this, we can be back up and running.”

That’s precisely the calculation hackers count on. Now some cybersecurity professionals are concerned that insurance policies designed to limit the damage of ransomware attacks might be encouraging hackers, who see insurers covering increasingly large ransoms and choose to target the type of institutions likely to have coverage.

“Once a cybercriminal finds a formula that works for them, they’re going to stick to it,” said Tyler Moore, a cyber security professor at the University of Tulsa. “If you’re a company or a city that has this coverage, the decision of whether to pay is quite clear. It gets more difficult when you take a step back and look at the societal view.”

This year alone, the average ransom payment climbed from $12,762 at the end of March to $36,295 by the end of June – a 184% jump – according to Coveware, a firm that negotiates on behalf of ransomware victims.

Officials have cited insurers’ help paying ransoms in recent high-profile hacks, including those in several Florida cities that paid six-figure ransoms. Elected officials reassured the public that taxpayers were only accountable for a deductible.

The mayor of New Bedford, Massachusetts, acknowledged this month that city officials offered to pay $400,000 after ransomware locked up 158 city computers in July. The hackers had demanded $5.3 million.

In a statement released two months later, Mayor Jon Mitchell said he was initially reluctant to negotiate, but he eventually concluded that it would be “irresponsible” to dismiss “the possibility of obtaining the decryption key if insurance coverage could cover the full cost of the ransom payment.”

New Bedford never received a counteroffer from its hackers. Insurance coverage through AIG is expected to help with the cost of recovering lost files and upgrading security, Mitchell has said.

The earliest use of ransomware came in the late 1980s. Attackers often launch their assaults via email containing malicious links or attachments. Once they have access, they encrypt files, databases and entire computer networks until the ransom is paid.

In recent years, ransomware has become much more common, fueled by cryptocurrency that makes it easier for hackers to receive and then spend the payouts. Twenty-two local governments in Texas were hit in August . Businesses aiming to thwart hackers or repair their damage have grown rapidly in response, including insurance providers offering policies that cover ransom payments.

Insurers do not release detailed information about clients’ experience with ransomware, so it’s difficult to know how often victims agree to pay. One 2016 study by the nonprofit Cloud Security Alliance found that companies with insurance were more likely to pay a ransom to hackers threatening to release sensitive information – 28% compared with 22% for companies without insurance.

La Porte County officials purchased a cyber security policy in 2018, months before they got hit, Kora said. The insurance company, Travelers, sent a law firm and a cybersecurity team to try to restore the computer systems and simultaneously negotiate with the hackers. The county also reported the ransomware to the FBI.

No one was able to free the encrypted information, Kora said. For days, the county’s criminal and civil courts stalled without access to records, databases and payment systems. Employees in other county offices had no access to email or electronic records.