* When asked regarding this comeback to morning shows, the actress, vlogger and host said that she had always wanted to do decent content framed in a simple format 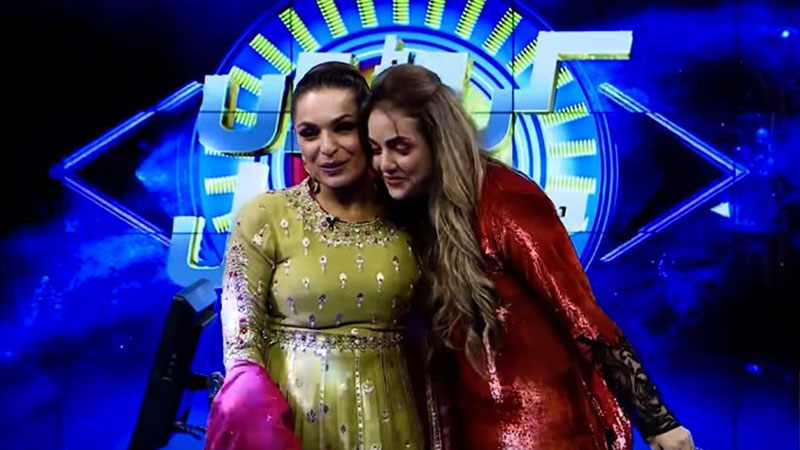 Nadia Khan, who does not let any of her talents rust and continues reverting time and again to whatever she likes, is starting a morning show again, this time, however, on PTV.

The show will be called ‘Morning at Home’ and will be featuring the lively and jolly Nadia Khan who has been a trailblazer for many female hosts of Pakistan.

When asked regarding this comeback into morning shows, the actress, vlogger and host said that she had always wanted to do a decent content framed in a simple format and both of these things were being provided by PTV.

“When I had a meeting with the team at PTV, I realised that I am quite compatible with the mindset of the channel’s team,” Nadia Khan said while talking exclusively to Daily Times.

Khan believes that a show should be decent and must amalgamate information, education and entertainment without compromising on simplicity and decency. She also tells that working with PTV frees her of all kinds of pressures, be it the pressure of rating or the pressure of doing a pompous show.

“PTV has a specific criterion which goes hand in hand with my code of ethics. With PTV’s criterion and my code of ethics combined, this show will turn out to be simple yet a lovely family show, meant for every other person out there,” says Khan.

‘When I had a meeting with the team at PTV, I realised that I am quite compatible with the mindset of the channel’s team,’ Nadia Khan said while talking exclusively to Daily Times

The teasers of the show have already been released, which after showing glimpses of various locations of the country, focus the camera on the inside of a beautifully furnished house. Khan is then shown either descending classy wooden stairs while holding a cup of tea in her hand or easing herself on a bright-yellow couch with a newspaper in her hands, both of the actions signifying a fresh and healthy morning. 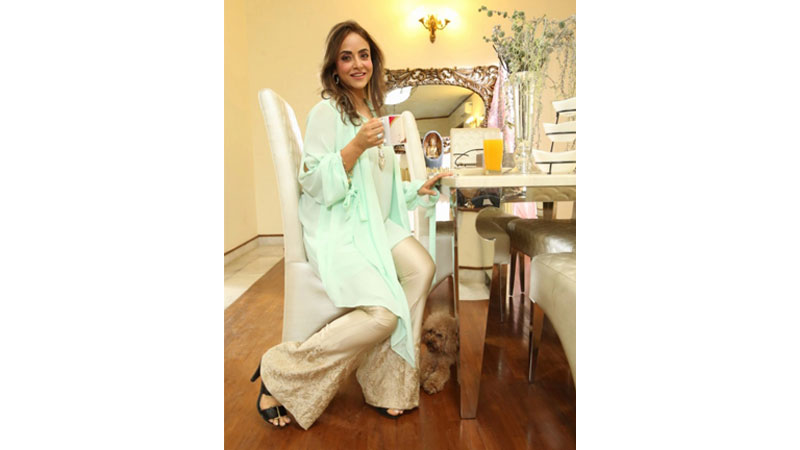 All the while, Nadia Khan addresses the viewers, telling them the kind of activities they are to expect in the show; from authentic solutions of problems and a fruitful interaction between the host and the callers to celebrity news and secrets.

From the very teasers, it is realized that a creative team is at work, for the colours which the host has donned are not only bright, but her light blue, golden and yellow hued dresses complement the time during which the show will be on air i.e. early morning.

It is to be noted that Nadia Khan left morning shows when the focus shifted from healthy and informative content to pomp, and before that, when she left acting, she also did that because good productions were not being made. Always waiting for something substantial to be produced, Nadia Khan made her comeback in the acting when she felt that Pakistani drama industry is on the rise, and is now going for a morning show when she has been promised that she won’t be asked to exhibit dressed-up brides desperately waiting for their future husbands in the twenty-first century.

The show will begin from tomorrow (Monday) as informed by Khan.