I sat down with Pakistani politician from Pakistan Tehreek-e-Insaf and Special Assistant to the Prime Minister for Information and Broadcasting, Firdaus Ashiq Awan 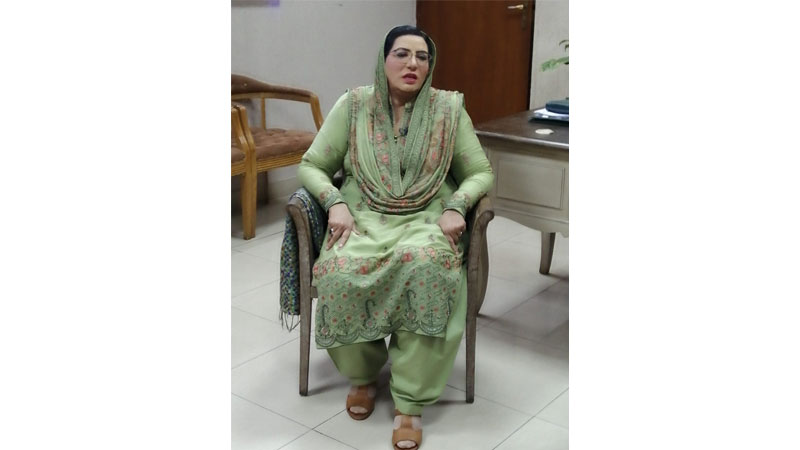 Will Firdaus Ashiq Awan comply with the media representation of herself?

Well, in my opinion, media has presented me as the most aggressive, horrifying and a livid political person. My conduct depends on the scenario. If the situation is on edge, I’m over-occupied with the workload, my behaviour is annoying or exasperating. If the workload and pressure are minimum, I respond serenely. The ministry of information is on the go and parallel operations are been carried out at incessantly.

Your state of the job is frantic, how do you manage to deal with family?

Politics is lethal. Neither my family nor constituency is satisfied because they consider you their entity and you can’t please both. Voter claims we nominated you, now raise our voice and fight for our rights while the family seeks its attention. There is a lacuna If I look at both neutrally some elements remain neglected at both ends. A politician is with its constituents in the happiness, sorrow, life or death, this is why its constituency is considered as its second home. For me, the family is a brand and politics is realism.

Women are master chefs but our team has found that you aren’t one!

Not truly, I’m an acute observer and can cook once I watch anything been cooked.

Well, I’m sure, I’m not going to die of hunger. I mostly remained in hostels and spent a lot of time in travelling. I would give whole credit to my privileged friends, who look after me, my belongings, my time table because I’m a little careless as well. I keep forgetting things after I place them so it’s again my friends who take the headache of my belongings. My friends take a report from my staff about my schedule.

I faced a lot of difficulties when I was in Canada on the UN mission, In my mess, they used to cook pork, which is prohibited. Later, I was posted in Montreal in the late ’90s, there were no big hotels and restaurants. How long can one rely on fast food? Ultimately I had to cook something for myself.

What’s good about living in Pakistan?

The life I spent in foreign countries has taught me a lot. I studied Islam in depth. One cannot be dependant but the situation is contrary in Pakistan. We have helpers and alternative for every job i.e. driver chef, laundryman, iron man, sweeper etc. Pakistan is a hallowed country in all aspects.

How can you make the information ministry different and progressive from that in 2010?

Now, after eight years, there is another transition taking place, which is from the electronic media to social media. In 2010, I established an electronic media directorate and today, after understanding the challenges that we can overcome through modernization and digitalization and technological interventions, it is very important that we have a social media cell in this ministry. I find it is the easiest and fastest way of communicating with the international community. The disconnect between different ministerial departments is a challenge for us. Social media should be monitored, not censored and we shouldn’t compromise on our social, cultural and religious norms. The social fabric should stay intact.

What do you say regarding the PTI manifesto? To what extent have you accomplished it?

PTI is heading to the accomplishment to its manifesto titled, “Road to Naya Pakistan.” The manifesto is composed of seven chapters and explains in detail the PTI’s agenda for its government, which will eradicate the rotten system of the past government, comprising of unequal rights to justice, opportunity, merit.

We want to make Pakistan an ideal Islamic state with best international practices. It’s a 72-year challenge that cannot be fixed in 1 year. Our government has established new trends, introduced new reforms done institutional building that’s a go-ahead to ambition to streamline goods for Pakistanis. Inshallah in the next four years, PTI aims to make its manifesto, 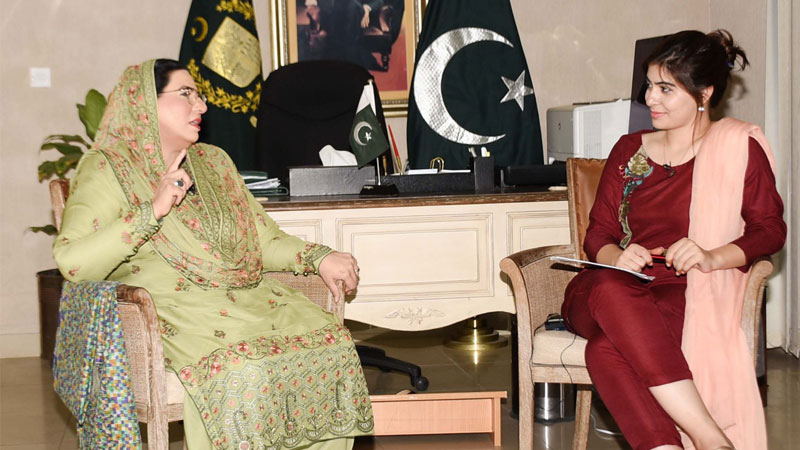 Journalists are working day and night but still deprived of wages. Is there any measure, the information department is taking for it?

I am looking into this matter since long. Everyone employed must get basic rights, all perks and privileges, as laid down in their agreement.

So, if that is breached and nobody is taking care of it, it is our responsibility and we are communicating with the relevant stakeholders so they address this issue of their employees. This issue cannot be left this way. Soon, all complaints will be resolved. We are even trying to clear the pending dues of the previous governments.

By arresting opposition leaders, do you think the government can benefit out of it?

Opposition calls it revenge instead of accountability.

Every single person will be held accountable according to the law if found guilty and it’s not revenge. PTI has not filed cases reopened cases, filed by the previous government.

For opposition to remain highlighted has to come up with new stories daily this is how they get media coverage. Yet, on the other hand, healthy criticism boosts government, strengthens it and government performs accordingly.

Government welcomes it as its democratic right of public of Pakistan and its members of the opposition. Likewise, selling negativity, depressive content, and telling lies to such an extent that they are considered truth is unaffordable and intolerable. It’s victimization.

Unfortunately, the opposition is unable to digest the wave of accountability.

Imran Khan is admired worldwide. Which quality inspired you to be a part of his team?

What separates a good one is their ability to see the national greatness as their victory.

Imran Khan is very optimistic and never loses hope and faith in Allah. That’s why he doesn’t fail.

I often get frustrated with the busy routines, but when I look at my leader Khan, I see hope in him and an ability to never give up. It gives me a lot of strength and he is an inspiration to me. His constant struggle has granted him this status.

What’s your response to those who comment on the one-year performance of government?

Go through history. It will tell you the performances of the past government, their success and failures. It’s unfortunate to hold one-year government accountable for seventy-two years by those who performed for thirty-five years. We are elected and have five years mandate. After five years, the ball will be in public court and if they are satisfied they can use vote power to make a decision. The constitution of Pakistan gives the authority to nominate the next government.

The writer is a human rights activist