‘The Zoya Factor’ — works in fits and starts 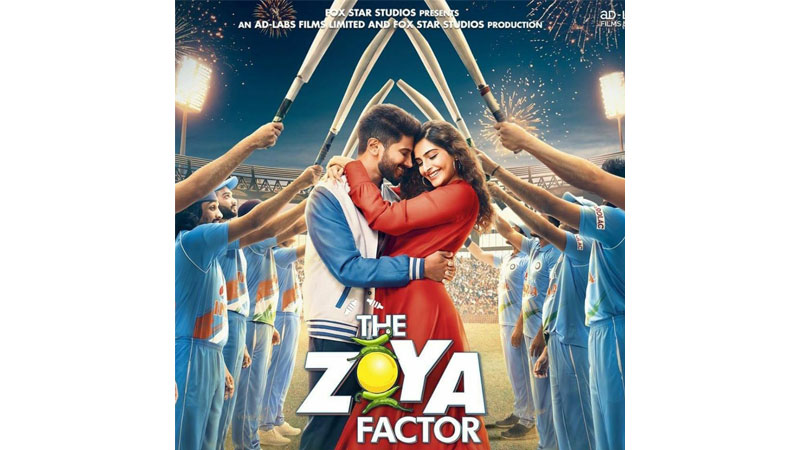 A romantic-comedy centred on cricket would seem like a winning pitch. Sonam K Ahuja’s new release is less ambitious about pushing an unconventional theme than her last, ‘Ek Ladki Ko Dekha Toh Aisa Lagaa’, which makes this film more box-office-friendly and far more obvious in what it sets out to narrate.

‘The Zoya Factor’ largely retains the core of Anuja Chauhan’s chick-lit bestseller of the same name, and also the book’s overall feel-good, fairytale vibes. The fairly predictable chain of events that sets up the screenplay (by Neha Rakesh Sharma and Pradhuman Singh) has been garnished with a non-stop flow of situational laughs. Some of these work, many don’t.

Cricket fanaticism and blind superstition are cocktailed in a bid to create a funny film meant to make Indians laugh at themselves as a nation The Men in Blue at a World Cup forms the backbone of the narrative but, credibly, despite that fact the film avoids the trap of jingoism.

Sonam is Zoya Solanki, born on the day India won their first cricket World Cup in 1983. She hates cricket but, being a junior copywriter at an ad-agency, finds herself handling a commercial that features players of the Indian team. Sparks fly between Zoya and the team captain Nikhil Khoda, even as the story takes a freak turn.

A chain of events convinces some of the players, as well as the cricketing board, that Zoya is a lucky mascot for Team India, that her presence at the squad’s breakfast table on a matchday could ensure victory. While the rationalist Nikhil refuses to believe such claptrap, the news spreads. Soon, Zoya is India’s new cricketing messiah.

The drama that ensues is used to carry forward the story. It banks mostly on jest, and, at a predictable point of the second half, is used to set up familiar strains of misunderstanding between hero and heroine for essential melodrama. The film hinges on a quirky premise, but its narrative is too lazy to let the comic quotient resonate.

Sonam is Zoya Solanki, born on the day India won their first cricket World Cup in 1983. She hates cricket but, being a junior copywriter at an ad-agency, finds herself handling a commercial that features players of the Indian team. Sparks fly between Zoya and the team captain Nikhil Khoda, even as the story takes a freak turn

Rather, you could find random humour in the way the players have been imagined. Many of them – at least in terms of physical appearance – could seem like spin-offs of real cricketing stars. The clean-pate, strapping opening batsman with a pronounced twirl on the moustache fits the Shikhar Dhawan prototype. There is a fast bowler with long hair, too – he could be Ishant Sharma, take away a foot and half, maybe, by way of height. Captain Nikhil Khoda is a batsman-wicketkeeper (Dhoni, anyone?) There is the mandatory Sikh player you spot lurking in the corners of every locker room scene, though his role in the field is not clearly shown. 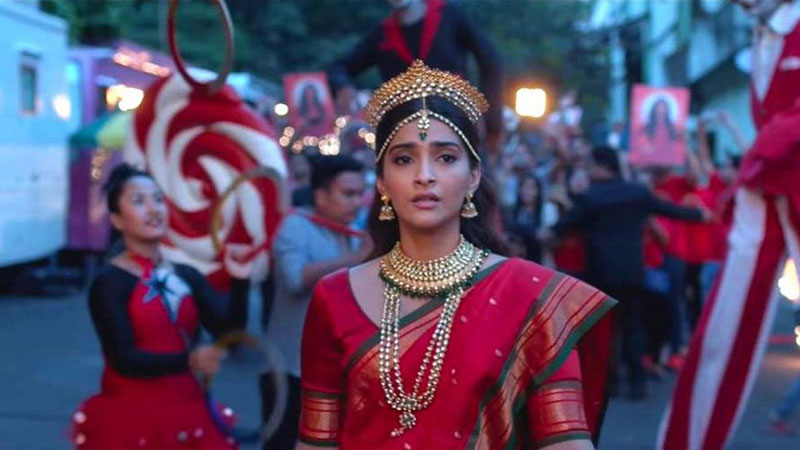 Director Abhishek Sharma takes care while setting up the cricketing milieu. The stadium action scenes are well edited (Utsav Bhagat). So what if good cricketing action, going by this film, is only about hitting sixes, the overall impact on the screen should seem engaging to the larger audience.

Abhishek Sharma is no stranger to comedies. Although his last release was the nuclear-test drama “Parmanu”, he has directed comedies such as the “Tere Bin Laden” series and “The Shaukeens” in the past. In “The Zoya Factor”, the comic idiom is far less boisterous than those efforts naturally, owing to the film’s more sophisticated theme.

In any comedy, the fun factor primarily banks on its lead player. In turn, being funny on screen is all about timing. The not-so-funny, awful truth about this film is Sonam does not always get it right. She tends to overact in many comic scenes – especially the ones that demand her to project Zoya as a ditzy, out-of-depth PYT. This affects the overall humour quotient, because almost everything that happens in this film is about Zoya. She is there in almost every frame.

Which brings us to the real winner of the show. Say hello to Dulquer Salmaan, Bollywood’s latest exciting import from the South. Malayalam icon Mammootty’s son cuts a dapper picture, as the captain of the Men in Blue as well as a lover boy. Here is a star son who seems to have imbibed the right genes. Dulquer Salmaan is quite likely to carry forward his illustrious dad’s legacy with aplomb.