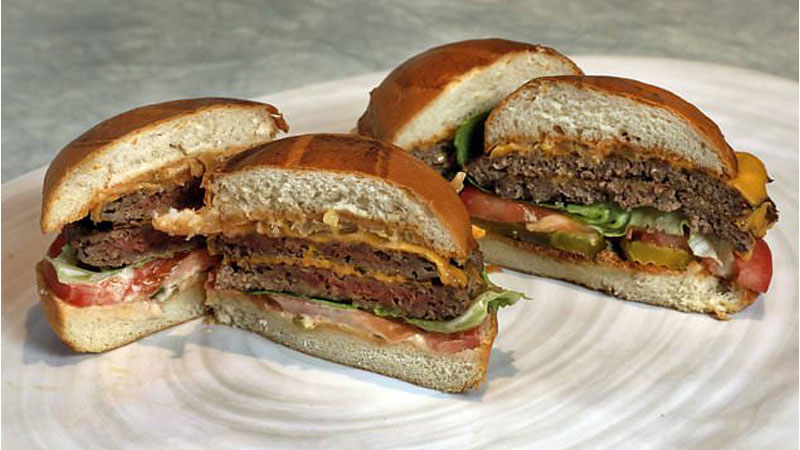 What makes Impossible burgers possible? An engineered ingredient that makes the veggie patty look bloody – and one of many new concoctions food regulators expect to see more of in the coming years.

Several new vegetarian products are competing to win over meat lovers, but two California companies – Impossible Foods and Beyond Meat – are grabbing attention for patties that are red before they’re cooked, making them resemble raw beef.

The ingredient Impossible uses hadn’t been sold before, and regulators and the company disagreed about whether its purpose was to add color, or just flavor. The company’s cooked burgers have been in restaurants since 2016, but it wasn’t until July that the US Food and Drug Administration gave the OK that let Impossible sell its red, uncooked “beef” in grocery stores.This week, Impossible announced its first retail locations, grocery stores in Southern California.

To replicate the taste of beef, Impossible Foods said it scanned plants for molecules that would mimic a protein in meat that contains iron and makes blood red. It eventually settled on something called soy leghemoglobin, found in the root of soy plants.

To make it, Impossible inserts synthetic versions of sections of soy DNA into yeast so the yeast produce soy leghemoglobin during fermentation.

“No plant is actually touched in the process of us making this protein,” said Smita Shankar, a biochemist with Impossible Foods.The ingredient is supposed to be no more than 0.8% of the patty.

DO NEW INGREDIENTS HAVE TO BE APPROVED?

For many ingredients, companies don’t have to get FDA approval before putting them in food.

Companies and the scientific experts they hire can independently declare ingredients to be “generally recognized as safe,” or GRAS. They don’t have to tell regulators, but often do to generate confidence among investors and the public.The FDA doesn’t technically approve a company’s GRAS declaration, but will issue a letter saying it has “no questions,” which is seen as agreement.