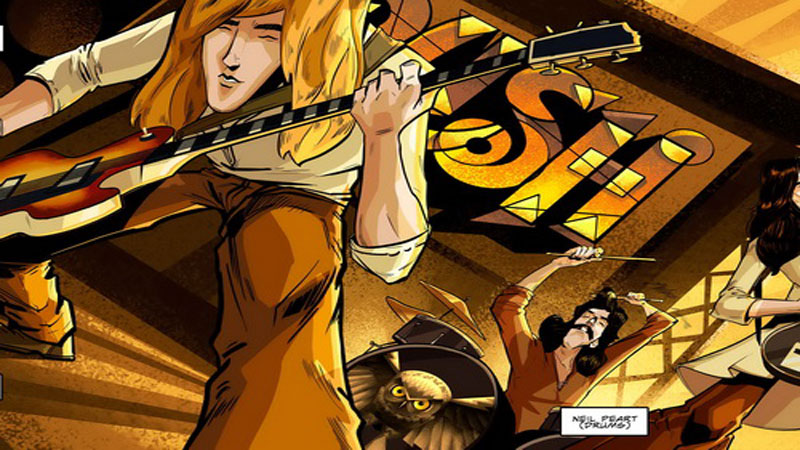 Fantoons, an LA studio known for creating rock-themed animation, has released a new full-length graphic novel that chronicles the making of Rush’s 1977 prog-rock classic, A Farewell to Kings. Spanning 144 pages, fully authorized by the band and based on interviews with Rush guitarist Alex Lifeson and Kings producer Terry Brown, the richly illustrated comic offers a detailed account of the writing and recording of the LP that contained future Rush classics like “Closer to the Heart” and “Xanadu.” The Making of ‘A Farewell to Kings’ tells the story of how the band followed up its 1976 breakthrough LP, 2112, with another masterpiece of hard-hitting, epic-scale rock. The story follows the writing and recording of the album in two peaceful settings – a rural Ontario farmhouse and Rockfield Studios in the Welsh countryside, respectively – jumping back and forth between that period and the present, as the members and Brown narrate the story.