The Punjab government has dismissed the plans to link up the under-construction Orange Line Metro Train System to the Metro Bus Station and the Railway Station in Lahore.

Also, the PTI government has also decided not to build a passenger transit system from the Anarkali area to the MAO college.

However, the decision was taken due to the mounting cost of the project, which has already due to delays in construction work and court stay orders.

Notably, the suspension of development work on this mega project has cost Rs11 billion to the national exchequer, officials in Punjab Mass Transit Authority reveal.

The project was likely to cost around Rs22 billion initially but has now increased to Rs30 billion. Nevertheless, an additional Rs3 billion has also been assigned for the construction of footpaths for this project.

Importantly, the Orange Line has two components, the China Pakistan Economic Corridor component and a local component. The first component is funded by China, while the latter by the Punjab government.

The estimated cost of the first component is unchanged at $1.458 billion. The entire funding for the CPEC component has been provided by the Chinese government.

However, the estimated premium cost of the local component, which has to be funded by the government of Punjab, has escalated from Rs22 billion to Rs33 billion. 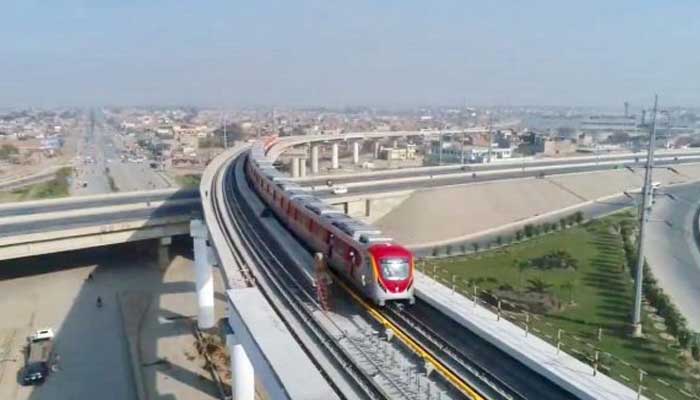 Consequently, in order to cut the project’s spending, the sitting Punjab government has reduced some components of the project but even then the cost has escalated by 50 per cent.

As per the PC-1 of the project, the Punjab government was supposed to install a 0.4-kilometer-long Walkalator from Lahore Railway Station to Metro Bus Station for connecting the two junctions with Orange Line station.

Conversely, the PTI government has thrown down this from the master plan.

According to transit authorities, 96.5 percent work on the Orange Line Metro Project has been completed. Now it is up the present government when it wants to complete the remaining part and inaugurate the project.